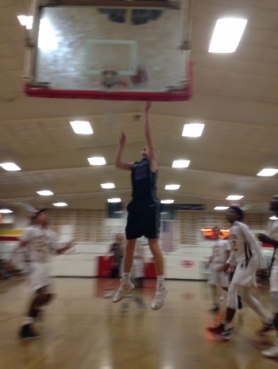 February 10, 2017 (Spring Valley) - Though Monarchs boys basketball is sporting a poor 8-16 record on the season, they hold a 2-5 record in Grossmont League play.  Tonight, the boys from the Vista hosted the Sultans of Santana, who hold a much better record of 14-11 overall and 4-4 in league play in the Monarchs’ last regular season game at home. 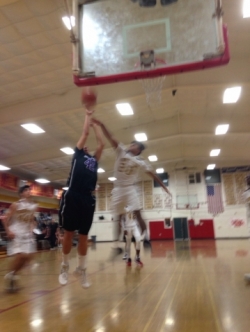 Oddly enough, neither team scored until five minutes in, when Monte Vista junior Deondre McHayle shot two free throws.  But after one more two, the Sultans took over, scoring nine consecutive points to end the first quarter up 9-6.

The highlight of the second quarter was Monarchs senior Andrew Gonzalez hitting a smooth game-tying three, but nothing came of it as the Sultans rapidly took over once again.  Try as they might, the Monarchs lost control quickly against the high flying Sultans, who jumped out to a 10-point lead at the half, 26-16. 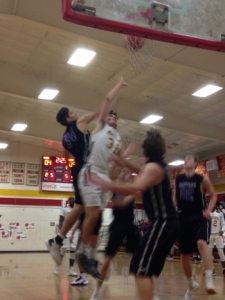 In the third quarter, the Monarchs’ chances went from few to almost none.  The Sultans contested every shot and played solid offense and defense and it earned them a bigger, impressive lead at the end of the third:  41-24.

The Monarchs had no will going into the fourth and final frame, except a willingness to turn the ball over.  Santana finished strong to get an astonishing 58-35 win despite McHayle finishing with 15 points.  The Monarchs fall to a dismal 9-17 record on the year and to 2-6 in league play.  The Sultans however, improve to 15-11 overall and 5-4 in league. 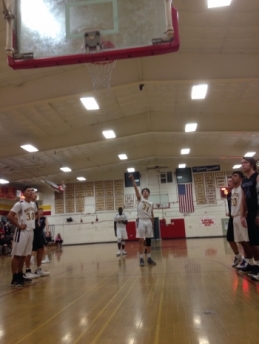 Both teams will share the love with the rest of the Grossmont League on Valentine's Day; Santana hosts El Cajon Valley for a 6:00 p.m. tipoff and the Monarchs travel to their Spring Valley rival, Mount Miguel, in a 6:00 p.m. tipoff where no love will be lost.