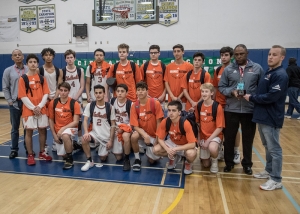 Story by Liz Alper
Photos by Don De Mars
February 21, 2019 (San Diego) - Valhalla High boys basketball has had an impeccable season; 28-3 on the year.  So it’s only fitting that they’d make it to the CIF San Diego section Division III finals after beating Southwest El Centro and Del Norte.  Tonight, they faced off against the Cavers of San Diego High on the campus of Mira Mesa High School. 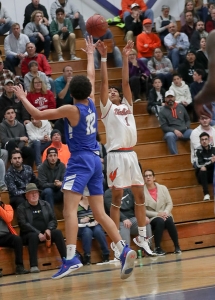 Most playoff games you can’t tell are playoff games (looking at you, Super Bowl).  These boys did not disappoint.  Both teams brought the heat quick and early, with San Diego jumping out to a big early lead late in the first.  No shots were falling for the Norsemen and the Cavers ended the first quarter up 18-8.
Not only did the Norsemen have a tough time getting shots to fall, they also had a tough time containing the Cavers’ big men at the other end of the floor, particularly Jaliel Jackson.  The senior forward quickly racked up 17 first half points, leaving the Norsemen in the dust, though the orange and blue did finally reach double digits in the second quarter thanks to a jumper by senior Jordan Gaines.  Valhalla senior Evan O’Neill traded threes with San Diego junior Steve Stinson, but the Norsemen were unable to get anything going and trailed by 11 at the half, 34-23.  The Cavers went on a 7-0 run at the end of the half. 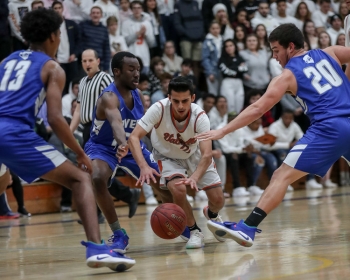 The Cavers continued their dominance in the second half, but Jackson took a break and let Tyler Castillo take the reins.  The junior quickly earned six second-half points to open the half, but it wasn’t without competition.  Valhalla senior Dom Safarta burst onto the scene, racking up eight points quickly, but Cavers sophomore Aaron Burgin Jr. kept the blue and white far, far ahead.  The Cavers dominated the Norsemen in every aspect of the game:  shooting, defense, even passing.  They were rewarded with a 59-34 lead after three.
Sophomore Joe Avalos tried to keep the Norsemen in the game in the fourth with his weird hanging-in-the-air-but-somehow-always-dropping-in-the-bucket three pointers, but it was too little, too late as the Cavers stayed ahead thanks to senior Daniel Thomas getting on the scoresheet with six fourth quarter points.  San Diego absolutely obliterated (think Thanos at the end of Avengers:  Infinity War) the Norsemen’s chances of a state playoff run, winning the CIF San Diego Division III championship 75-56 and sending the orange and blue back to El Cajon in the most disappointing way possible.  Jackson led both teams in scoring with 28 points. 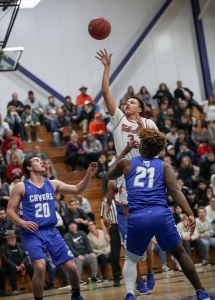 Like our high school basketball coverage?  Donate to help support our coverage of high school boys and girls basketball throughout the playoffs!
Follow @ECMagSports on Twitter for live in-game updates!
Does your son or daughter play a sport at a level other than varsity?  Comment on this story or tweet @ECMagSports to request coverage!
Check out our sports section for more sports stories! 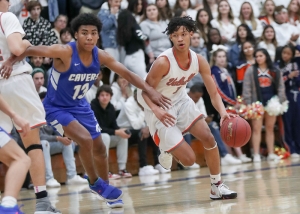 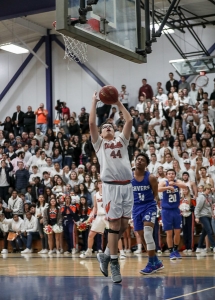 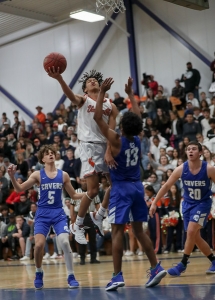 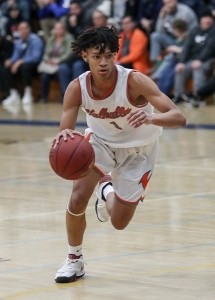