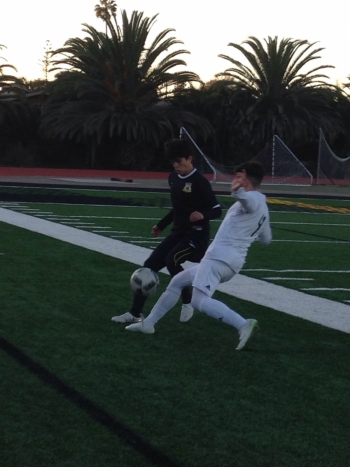 January 25, 2017 (La Mesa) - The Helix High varsity boys soccer team is off to a decent start in conference play with only one tie.  The 6-2-4 overall Highlanders stayed at home today and faced El Capitan.  The Vaqueros are 0-1 in league play and 5-5-1 overall.

The Highlanders struck first in the first half to make it 1-0.  Helix scored again a few minutes later to make it 2-0.  Late in the first, Helix utilized some beautiful passing and it led to another goal and a 3-0 Highlanders lead.  Helix controlled the ball for much of the first half; the Vaqueros had zero shots on goal for an entire 40 minutes.  The Highlanders added one more at the last minute with a beautiful high-knee goal and went to halftime up 4-0. 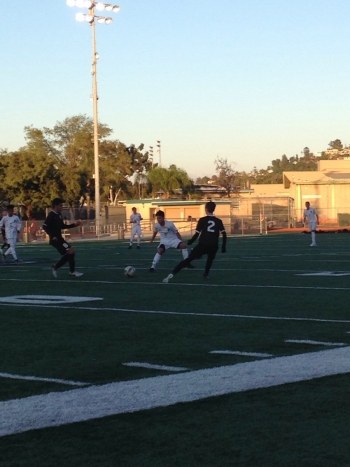 In the second half, the Vaqueros started to wake up a little bit, but the Highlanders kept up the pressure and added another goal to make it 5-0.  Despite added pressure, the Vaqueros couldn't score and Helix took the win 5-0 to go to 7-2-4 overall, while the Vaqueros fall to 5-6-1.

The Highlanders jump right back onto the field on Friday when they travel to El Cajon Valley High School to face the Braves.  Match time is set for 4:30 p.m.  As for the Vaqueros, they will too play on Friday at 4:30, but they’ll travel to Spring Valley to take on the Matadors of Mount Miguel.