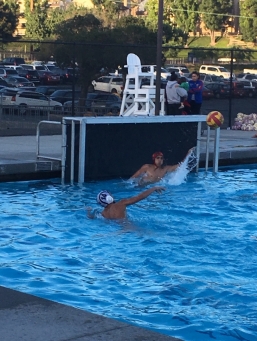 September 20, 2017 (Spring Valley) - It was a showdown between two Spring Valley schools in the pool as 7-2 Steele Canyon boys water polo traveled to the other side of Spring Valley to take on the Monarchs, who are 1-2 to start the young season, but 0-1 in conference play, losing to West Hills in August. 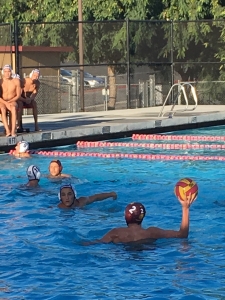 Steele Canyon scored three goals right off the bat in the first quarter and the Cougar goals kept coming until Monte Vista put a stop to the bleeding at around three minutes left.  But added pressure from the Cougars gave them a 9-2 lead at the end of one.

The Cougars picked up right where they left off in the second with a goal and held Monte Vista to no goals in the second quarter.  Halftime found the Cougars sporting a comfy 13-2 lead.

Steele Canyon got back to work in the third, dominating again and scoring two goals within a minute. They scored another 30 seconds later and another.  And another.  Monte Vista scores a beautiful, hopefully momentum shifting goal late in the quarter, but Steele Canyon stayed strong and scored one more goal to end the third up 19-3. 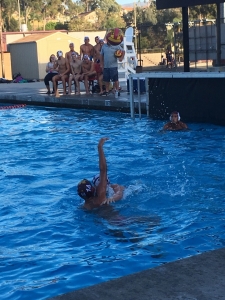 Not like they needed any, but Steele Canyon added some insurance goals in the fourth and rode the wave to an easy victory, cruising to a 24-3 win and handing the Monarchs an absolute beatdown as they fall to 0-2 in league play and 1-3 on the season.  The Cougars move to 8-2 on the season.

Next up for the Monarchs of the pool is a rivalry game against crosstown rival Mount Miguel Friday at 5:30 p.m. The Cougars return to exhibition play with a match against Rancho Buena Vista tomorrow at Steele Canyon at 4:30 p.m.