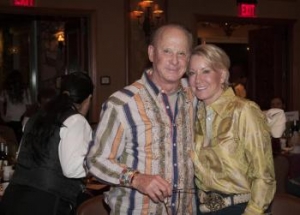 January 5, 2014 (San Diego's East County)--The Boys and Girls Clubs of East County Foundation reports it is halfway toward a goal of raising $8.9 million in donations that will be used to construct a new clubhouse in La Mesa, renovate an existing teen center and fund an endowment to operate both facilities.

With construction planned to begin in 2015, a new 25,000-square-foot clubhouse, to be located on the La Mesa Middle School campus, will be called the Brady Family Clubhouse, Fazio said. The new clubhouse will feature The Academy, a learning center, a full-service kitchen and nutrition center, a separate “Little Rascals” area for 5-to-7-year olds and a gymnasiums named for La Mesa native, Helix High alum and NBA Hall of Famer Bill Walton.

Donations and pledges also will fund a permanent endowment to provide ongoing funding for both the new clubhouse and teen center, Fazio said.