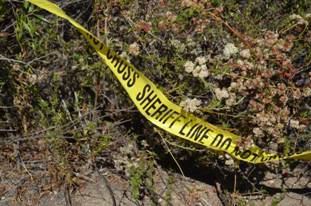 November 29, 2014 (Santee) – Two homeless men sustained blunt force injuries in a fight on a bike trail under State Route 52 and one has died.   Deputies responded to a call on Saturday, November 29th at 5:19 p.m.  Six people have been arrested by deputies, including one juvenile, said Lieutenant John Maryon.

"The six people we have in custody are not homeless," he said, adding that investigators are looking into what prompted the altercation. Those arrested are 18-year olds Cassidy Rowin, Sasrah Baillie and Brian Kish, 19-year-old Tyler Dare and Danny Swan III, and a juvenile whose name has not been released.

The cause of death will be determined in an autopsy by the Medical Examiner.