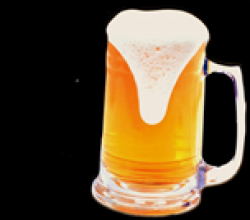 The top San Diego Craft brewer was Stone Brewing Co. which is based in Escondido. They have always pushed the limits on their beers, from the bold flavors to the Company logo itself which features a fierce looking gargoyle holding a stein. That strategy seems to have paid off as they are set to open breweries in Virginia, and even in Berlin, the UT San Diego Reports.

Next on the list, ranking at no. 31 is Ballast Point Brewing and Spirits. Famous for their line of beers, featuring marine themed names, such as Sculpin, Longfin, and Sea Monster, Ballast Point takes pride in the seafaring tradition of San Diego.

Coming in at No. 45 is a San Diego staple, Karl Strauss.  Their Red Trolley ale is a well-known craft beer, and their restaurants can be found throughout the region and beyond. They offer a fine variety of many traditional and experimental brews.

Finally, making their debut in the top 50, is Green Flash Brewing Co. at no. 48. Their famous West Coast India Pale Ale has no-doubt influenced brewers all over, with its bitter and hoppy finish. A true west coast brewing operation Green Flash is based in San Diego, and creates a wide variety of beers with creative names such as Le Freak and Pallate Wrecker.

With so much great beer in San Diego, it’s no wonder that our region is becoming world famous as a beer capital.  The full list can be found at www.brewersassociation.org. Remember though you must be 21 or older to drink beer, and please drink responsibly.

The San Diego area has always had a reputation as being a brew haven. My friend Brian would go to Home Brew Mart to buy supplies to make beer. He would make five gallons and give it to his friends. It's easy to do but takes a lot of time.
Your equipment must be clean and almost sterile.
Ballast Point is a favorite.
http://www.ballastpoint.com/
There is a "Green Flash" at sunset.. I haven't seen one in years,
. .