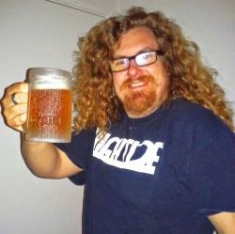 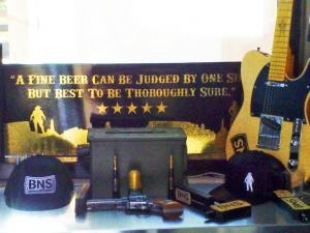 May 4, 2014 (Santee)--BNS Brewing and Distilling Co. in Santee (www.bnsbrewinganddistilling.com) is a great brewery with an Old West appeal. I'd wager Wyatt Earp would probably want to tie his horse off next to the trophy trucks and motorcycles if he made a stop in East County. (Mr. Earp was known to play many a game of poker in what is now the Gaslamp).

The tasting room at BNS is a throwback to the days of the old saloons--and there is not a pint glass in the building, as most beers are served in mason jars. Above the bar hangs a vintage rifle and the tap heads are a mix of replica .50 caliber bullets and the stylish BNS logo. 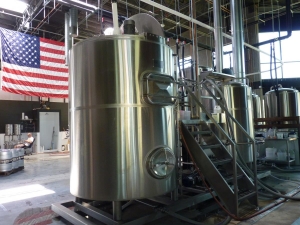 Glancing around the brewing room inside BNS, one can observe that the quality of the beer is due in part to the equipment that they use. All of the equipment is made in the U.S.A.  In a display of patriotism,  a massive display of the Stars and Stripes hangs behind the stills.

A friendly staff is there to provide you with information about their assorted brews, named after various elements of Western lore. The crowd is lively and the brewery frequently features comedy, music and other entertaining events. If anyone gets hungry, there is usually a food truck parked outside. BNS is also preparing a line of spirits for future release.

Their most popular beer seems to be the 'Gunfighter Golden Ale', as BNS taps can be seen at various establishments throughout San Diego, pouring this light and flavorful beer. Perfect for a hot summer day, this beer is a tangible example of American exceptionalism. 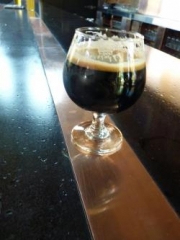 The 'Revolver American IPA' is a 6 shooter, fully loaded with a dry hoppiness that hits the bulls-eye. This beer keeps pace with the finest of San Diego County's craft IPAs. (Trust me, I would know, being a devoted "Hop Head" myself). 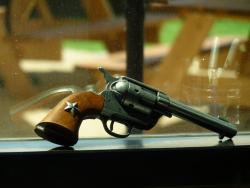 For those with a taste for justice, the 'Lawmaker IPA' will satisfy the hop cravings of the most savvy bitter beer enthusiasts. A tad stronger then the American IPA, this beer delivers loads of flavor with every sip.

Also on tap is the 'Ma Duece Double IPA' which packs a double barrel buckshot blast of BNS's best ingredients. This Double India Pale Ale is powerful and will delight any fan of Imperial or Double IPAs.

For you Europe types, the 'Stagecoach Belgian Brown' is an eclectic and yeasty brew. A few sips will have you feeling like royalty riding through the countryside in sheer comfort.

The 'Gatling Gun Imperial Stout' is BNS's strongest brew as the name implies. The chocolate overtones of this beer are sublime, providing a flavor 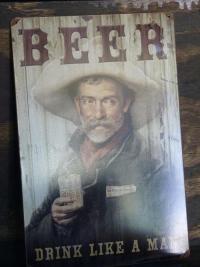 that puts even the staples of the Stout world in their place. 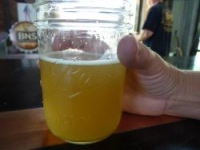 BNS is truly a great neighborhood brewery. This is a community-oriented business which has sponsored many local events. There is a family-friendly feeling there as well, including a toy room for infants and toddlers.

On the wall hangs a plaque that reads "A fine beer can be judged by one sip, but best to be thoroughly sure." BNS is a great place to find out.

Ed Barrena (photo, top left) is a local musician and beer connoiseur. He has written music reviews for various blogs and can be found sampling the finest IPAs around the county. 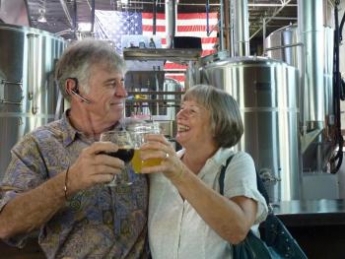 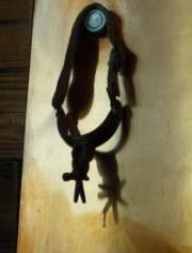