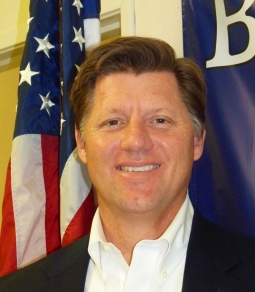 September 25, 2019 (Santee) -- State Senator Brian Jones announced today that he will seek election to the US House of Representatives in California's 50th District, the seat currently represented by Duncan D. Hunter. Hunter goes on trial in January on 60 federal corruption charges for allegedly diverting campaign funds for personal use and related charges.

He touts his record in Santee of creating “vibrant residential, commercial and retail development by reducing regulations and keeping taxes low,” as well as funding recreational and public safety services the public deserves by contracting out services.

In the State Legislature, he cites his conservative voting record received  a 100% voting score from taxpayer and faith-based advocacy groups. View his ratings from additional interest groups on issues such as the environment, education, business, labor and healthcare at Project Vote Smart, a nonpartisan information site.

“I would consider it a great honor to be a reliable vote for the President's agenda—standing up for Americans interests abroad, restoring respect for law enforcement at home, and appointing judges who will respect the traditional values upon which our country was built.”

Jones joins a broad field of Republican contenders who have also announced plans to run or formed exploratory committees. However, one of the most prominent would-be Republican contenders, former Congressman Darrell Issa, has announced that he will hold a press conference tomorrow morning in front of El Cajon City Hall joined by nearly all of the other GOP candidates including El Cajon Mayor Bill Wells, retired Navy Seal Larry Wilske, former Escondido mayor Sam Abed, and Temecula Councilman Matt Rahm.

Issa's announcement stirs speculation that he may be formally announcing his own candidacy with endorsements by the others, or that all may be preparing to circle the wagons behind Jones. Noticeably absent from the list of those joining Issa is Carl DeMaio, conservative talk show hose and former San Diego Councilman. Neither Issa nor DeMaio live in the 50th Congressional District.

Other declared candidates are Ammar Campa-Najjar, the Democratic party’s endorsed candidate who came within three percentage points of defeating  Hunter in 2018, and Helen Horvath, an independent candidate.