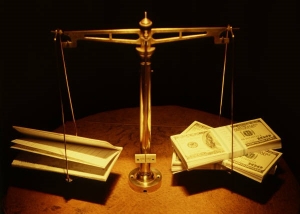 December 9, 2014 (San Diego’s East County)--Corporations behind the Ocotillo Wind Energy Facility  and the failed Quail Brush gas-fired power plant in San Diego are being sued in federal court amid revelations of bribery allegations and a Securities and Exchange Commission investigation under the Foreign Corrupt Practices Act.

Riverstone Holdings, which is owned by the Carlyle Group, founded Cobalt International Energy.  Cobalt is accused of bribing officials in Angola to secure oil drilling rights including a well that Cobalt falsely claimed was productive, but that testing revealed contained no oil or gas.  A lawsuit filed against Riverstone, Carlye and Goldman Sachs, cofounders of Cobalt, contends that the defendants’ misconduct caused multi-billion dollars in losses on investments in Cobalt securities.  The lawsuit was filed by two pension funds for police and firefighters, Courthouse News reports.

Riverstone also owns Pattern Energy, which built the Ocotillo wind project.  Its parent, Carlyle, purchased Cogentrix, which at the time was seeking to build a gas-fired power plant, Quail Brush, next to Mission Trails Regional Park.

The allegations against Carlyle and Riverstone comes as no surprise to Ocotillo residents, since East County Magazine previously reported on serious ethical allegations regarding these companies, including  criminal convictions of Carlyle executives.

Pattern Energy, the developer of Ocotillo’s wind project, was originally a division of Babcock and Brown, a global investment advisory firm in Australian that went into liquidation in 2009, Australia’s biggest ever financial collapse. Australian Business described the cause in a story titled “Greed and Hubris bring down Babcock & Brown.” That company built the Kumeyaay Wind project in Campo, which blew apart in a storm, requiring all 75 blades on all 25 turbines to be replaced.

Babcock & Brown was acquired in 2009, a Carlyle entity with a checkered past of its own.  Carylye’s 2009 annual report confirms that Carlyle founded Pattern Energy.

Riverstone’s executive ensnared in that settlement was David Leuschen, a former managing director at Goldman-Sachs, where he advised Mobil Oil on its merger with Exxon. The Louisiana Voice reported that Riverstone and Carlyle teamed up to use “political connections to solicit the business of public retirement funds from all over the world.”

Carlyle’s founder, Frank Carlucci, is the former Deputy Director of the Central Intelligence Agency, or CIA, as well as a former U.S. Secretary of Defense. The book, The Iron Triangle: Inside the Secret World of the Carlyle Group reported that Carlucci, Carlyle and its entities have a long history of accusations of bribery as well as arms scandals.

Despite a shady past with multiple bribery scandals among other alleged wrongdoing, Carlyle does not appear to have cleaned up its act.  At Ocotillo, Carlyle contracted with Siemens to provide the wind turbines and blades.  Siemens pled guilty to corruption on a global scale in 2008, paying $1.6 billion in fines to U.S. and European authorities.  The company admitted to violating the U.S. Foreign Corrupt Practices Act and paid the highest fine on record to the U.S. Justice Department and the Securities & Exchange Commission.

Joseph Persichini Jr., head of the Federal Bureau of investigation, or FBI, said bribes and corruption were “standard operation procedures for corporate executives” at Siemens, which was also accused of creating slush funds off the books, using middleman posting as consultants and delivery suitcases full of money to bribe foreign officials on several constituents.  In December 2011, the New York Times reported that Siemens engaged in shell companies, Swiss bank accounts and double-crossing middlemen”  and ProPublica prepared an interactive map documenting Siemens’ corruption allegations worldwide.  Four Siemens executives were found guilty of bribery in 2007. Siemens has also had serious product quality issues, notably  wind turbine blades that whirled off in several locations, including Ocotillo, as ECM has reported.

Just why the Carlyle Group and its entities have been awarded contracts for major energy projects on public lands despite a growing track record of serious corruption charges involving Carlyle and its contractors remains an unanswered question.  The company’s entities raked in massive green energy subsidies and tax credits to build a project that has thus far largely failed to produce the amount of power promised—all with seemingly no accountability to the taxpayers who footed the bill or to Ocotillo residents suffering adverse impacts from the energy facility built by Carlyle’s entity, Pattern Energy.

...B.H. Obama wants to save the planet with wind energy. Isn't that special.
These corporations need to be shut down, otherwise they will continue doing business as usual - ILLEGALLY - without paying a price. Shutting down the wind farm in Ocotillo and dismantling it would be a good start for Imoerial County. Likewise, for the Kumeyaay wind farm in San Diego County. Both are a waste our taxpayer $$$ and pose unacceptable dangers/impacts to the public and the environment. Investing in rooftop solar is far superior than dealing with corrupt corporations.