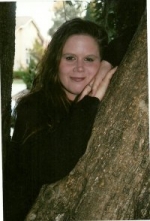 Holsheimer was convicted of a misdemeanor, since he could not be charged with a felony, as ECM previously reported: http://www.eastcountymagazine.org/node/4764. After a brief sentence, he was later arrested and charged with federal charges of conspiracy, trafficking and production of false identification: http://www.eastcountymagazine.org/node/9088

Vanek said he is pleased at the NTSB’s action,  though he believes 43,000 innocent people die from impaired drivers each year, not 10,000 as the NTSB estimates, since some states do not report such deaths.

“In memory of Bridgette Hale,” concluded Vanek, who forwarded the NTSB press release below.

The NTSB announced several recommendations today as part of a continuing emphasis on the issue of substance-impaired driving, which is the biggest killer on our roadways. The recommendations focus on three areas: better alcohol testing, better drug testing and identifying the “place of last drink.”

Although over 10,000 lives are lost each year in substance impaired driving crashes, some states provide little or no data to the national calculation. Further, while there is significant evidence that illegal drugs, over-the-counter and prescription medications are playing a greater role in roadway crashes, there are no standards or testing criteria for these substances. To address these shortcomings, the NTSB recommends that states develop better blood alcohol concentration testing and reporting guidelines; agree on a common standard of practice for drug toxicology testing; and increase their collection, documentation and reporting of test results.

The collection of place of last drink (POLD) data could focus training and enforcement actions on establishments that are serving under-age or intoxicated patrons. By collecting information on POLD, law enforcement officers provide a way to target establishments for effective interventions.

“Better data leads to better interventions and results in more lives saved,” said Deborah A.P. Hersman, chairman of the NTSB. “Collecting information on the “place of last drink” can serve as an incentive for alcohol-serving establishments to better train their employees in recognizing under-age or intoxicated patrons.”

Substance-Impaired Driving is one of 10 issues on the NTSB’s Most Wanted List.

Links to the safety recommendations are provided below.