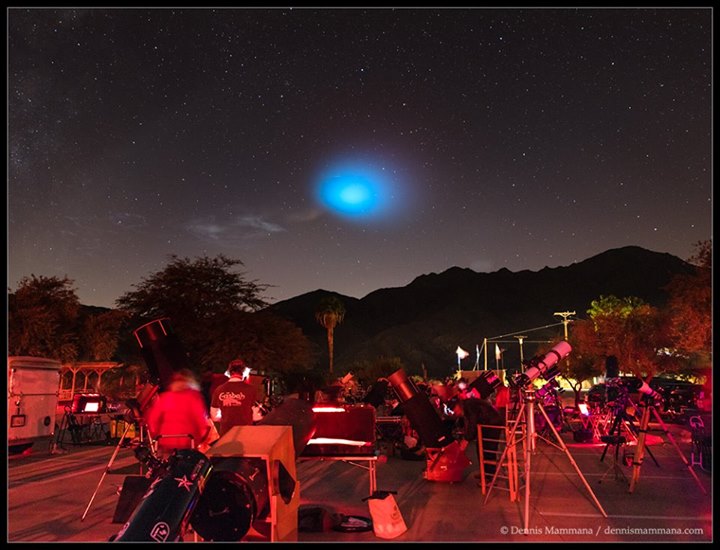 Trident II (D-5) missiles launch off submarines and were designed to carry nuclear warheads, though the test missile was not armed. An armed Trident II is capable of traveling up to 7,500 miles, the BBC has reported, and is officially intended to deter to a first strike against the U.S. 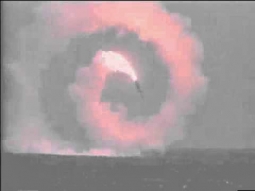 The Navy claims that 155 successful launches of the Trident II (D-5), built by Lockheed-Martin, have been conducted as of February. 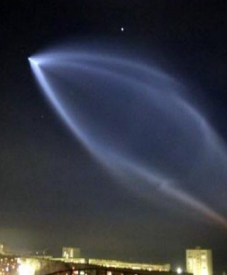 There have also been some spectacular failed launches of Trident missiles, such as the one shown in photo, right.

Sightings of the launch were reported as far away as Arizona, Nevada, and San Franciso.

San Diegans posted descriptions of their sightings on Facebook. Lynn Morris wrote, “Did anyone see the  ‪#‎bright light and explosion in ‪#‎SanDiego western sky? Blue vapor and large whirl of white afterwards.”

Dennis Mammana was setting up for his annual nightfall star party in Borrego Springs when he saw a "weird glow" that had subsided by the time he got it on film, but still provided a stunning photo (top left).

La Mesa resident Leah McIvor posted a photo (right), with the comment, “What the H is this? It was absolutely incredible. Like a brig 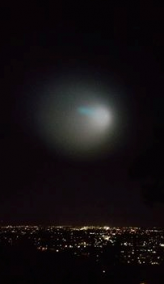 ht flash with a tail and then it exploded.”

Slate Magazine has descriptions of the missile’s three stages of deployment, along with a link to a YouTube video posted by one startled observer: http://www.slate.com/blogs/bad_astronomy/2015/11/07/california_mystery_light_trident_missile_test_seen_by_thousands.html