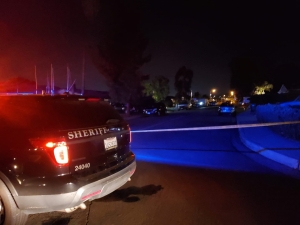 February 12, 2021 (Lemon Grove) – Jacob and Jaysena Reyes, a brother and sister, are under arrest as suspects in the shooting of a man on Feb. 3.

Deputies responded to the shooting in the 6900 block of Broadway in Lemon Grove around 6 p.m. The victim had been shot multiple times and was taken to a hospital. He is expected to survive.

Over the next several days, detectives from the Lemon Grove Sheriff's Substation and Rancho San Diego Sheriff's Station followed up on numerous leads and were able to identify Jacob Reyes, 24, and Jaysena Reyes, 25, as suspects.

On Tuesday, February 10, Jacob Reyes was located by the U.S. Marshals Fugitive Task Force  at a home in Lemon Grove.  The Sheriff's Special Enforcement Detail (SED)/SWAT assisted the Fugitive Task Force with taking him into custody on suspicion of attempted murder a little after midnight on February 11.

Jaysena Reyes was arrested after turning herself in to deputies on February 11.  She is facing charges of being an accessory to a crime.