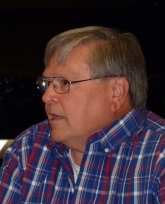 January 25, 2012:  Updated to include comments by Terry Francke, General Counsel at Calaware, who concludes this was not a Brown Act violation and a response from the San Diego District Attorney declining to prosecute the matter.

January 21, 2012 (Alpine) – Alpine Community Planning Group member George Barnett appears to have violated the Brown Act when he expressed his views on an agenda item in an e-mail to members of the ACPG’s Public Facilities Subcommitee meeting, a top County official has concluded. In the e-mail, Barnett voiced strong views regarding a hand-out by the East Alpine Property Owner’s Alliance on proposed land-use changes, calling its conclusions “nuts” and “needlessly alarmist.”

In a letter to APGC Chairman Greg Fox, County Department of Planning and Land Use project manager Jarrett Ramaya concluded that Barnett inappropriately discussed the agenda item with fellow Subcommittee members before the public had the ability to review the information.

“The situation does need to be immediately addressed,” concluded Ramaya, who offered several potential solutions ranging from making the e-mail available to the public to postponing discussion on the item, or alternatively allowing County staff to take public input in lieu of the APCG members.

With approval of the APCG Chairman Greg Fox, Barnett responded by recusing himself along with his entire subcommittee board from Thursday night’s meeting, handing over the running of the meeting to ACPG member Richard Saldano.

Property owners impacted by the proposed land use changes, which are proposed to bring private properties inside Cleveland National Forest in line with the County’s new General Plan following expiration of the Forest Conservation Initiative, discussed their concerns with a senior County planner. (For details, see  http://www.eastcountymagazine.org/node/8464.) The East Alpine Property Owners Alliance in particular has opposed changes that would allow increased density on some lots.

While the County’s I-1 policy and the Brown Act do not require that action be taken against Barnett, Ramaiya concluded, “However, the Alpine Community Planning Group may take action as they deem appropriate.”

The land use issue has been slated to be discussed at the next ACPG meeting January 26, when two different letters circulating in public will be presented to members and the public, along with Barnett’s e-mailed comments.  The subcommittee is expected to hear a presentation by the County on February 9.

Complicating matters is that the APCG is set to choose new officers and committee chairs at its January 26 meeting, with some opposed to renewal of Barnett's chairmanship.

Barnett told East County Magazine that he regrets  his “error” in “tagging one of the documents as `nuts.’ “ Upon being notified by DPLU of the problem, “I moved immediately to retract all the documents and my comments from print and online media, etc., and asked the ACPG chairperson to so avise the other ACPG members, which he did,” he said. “There was no subterfuge.”

He further stated that “I was not aware at the time that providing a truthful opinion in one’s best manner to the stakeholders was against the Brown Act.  I thought that ensuring that the public saw both sides on on argument was preferable to being swayed by just one side, a side that was essentially endorsed by a sitting ACPG member and that appeared to have been crafted to dramatically sway the public to a particular point of view.”

Specifically, Barnett objected to fellow ACPG member Lou Russo adding his name to one of two publicly circulating documents about impacts of the draft plan.  Barnett claims the document had “significant errors” and presented only one side of the issues.

Barnett has previously faced scrutiny for chairing a subcommittee on Sunrise Powerlink without disclosing that the Backcountry Land Trust, which he chairs, took substantial grant funding from SDG&E. Upon disclosure of that information, Barnett resigned, then revoked his resignation, which Chairman Fox declined to accept.  County Counsel found that while Barnett should ideally have disclosed his potential conflict of interest for full transparency, no conflict of interest laws were broken.  Barnett has contended that the contributions to his nonprofit did not influence his actions as a planning group member.

Now the latest controversy has sparked calls for enforcement action against Barnett.

APCG member Russo, in a letter to Supervisor Jacob, notes that the State Attorney General has stated that members of legislative bodies should “avoid serial communications of a substantive nature” concerned items on an agenda.  Russo has asked APGC Chairman Greg Fox to place an item on the next meeting’s agenda for the removal of Barnett as chair of the subcommittee “as his bias is evident.” He added,  “This is EXACTLY the type of behavior that puts the continued existence of community planning groups at risk.”

Russo sees a pattern of actions by Barnett that he finds troubling.“He has taken care of his agenda and his eco-group...period.Everyone realizes now that on top of everything else, he has now taken thousands of acres of land, `excess SDGE land’ into "conservancy"....meaning that there will never be any property tax.”

Steve Hunyar at my107.9 radio in Alpine, noted in a January 20, 2012  letter to the District Attorney’s office that “this is not the first time that allegations of Mr. Barnett violating the Brown Act have surfaced over his lengthy tenure on our local planning group.”

Barnett responded, “I have never faced a Brown Act question, other than from Mr. Lou Russo and his slanderous allegations which have been continuous over the past 2-3 years.” Those allegations pertained to the APCG’s method of operating ad hoc subcommittees, he added. “And nearly two years ago those allegations were dismissed as baseless.”

Barnett also disputed allegations raised by Russo in public meetings, in which Russo claimed Barnett’s Backcountry Land Trust stands to gain financially from the Landt family, which owns large tracts of property, if the proposed land use changes are approved.

“I have no connection to this family, known none but one,” he said. “They have no affiliation with BCLT and to my knowledge have never contributed any donations or otherwise provided any support.” He added that the Landts could not give river bottom land to BCLT,  as has been suggested by some, since the land would need to be used for biological mitigation if the family opts to pursue rights to develop the property.  “That property has no particular value to BCLT, is nowhere near existing BCLT conserved lands, and BCLT has no interest in it,” Barnett stated.

As to the latest Brown Act questions involving his online statements, Barnett conceded, “I believe that the County’s corrective action is appropriate.”

The ACPG has the option at its next meeting January 26 whether to take any additional action against Barnett over the Brown Act incident.

Hunyar likened the DPLU asking the planning group to address the issue to “the fox guarding the henhouse” adding that “The door for further impropriety and back-door politics has now been swung wide open, as our planning group chair, Greg Fox, is friendly with Mr. Barnett.”

Hunyar called on the District Attorney to “prosecute Mr. Barnett to the fullest extent of the law.”  He likened the situation to Sweetwater Union High School District, where board members have been prosecuted for inappropriate communications and in that case, contributions from contractors with business before the district.  “We need faith restored in our elected officials, even at the community levels, to prevent this kind of behavior statewide,” Hunyar concluded.

ECM has asked for comment from Chairman Fox and will publish his remarks if received.

APGC Chairman Greg Fox, in an e-mail received today, said the question of whether or not disciplinary action may be taken against Barnett would be addressed at the next meeting on January 26.

“During my Officer Report, I will be sharing the letter from the County plus the emails from George to be attached to our minutes taken at the meeting per my instruction from Jarrett Ramaiya at the County,” he said, adding, “The problem here is the fact that everyone wants immediate action and for something as serious as Brown Act allegations, these items take time. I am dependent upon feedback from the County of San Diego and it wasn't until Wednesday or Thursday this past week that the County even took a position on the alleged Brown Act allegations. Their position was that they were not going to do anything against George.”

"A serial meeting violation of the Brown Act occurs when a majority of a legislative body partakes in a communication and/or action exchange over time seeking or achieving collective concurrence," Francke clarified. "The unilateral nonpublic communication of a single member with the others may be something desirably to be discouraged in the interests of complete transparency, but it is not an unlawful meeting because no one addressed by that member is doing or saying anything in response. Or to put it differently, while enough members may be somehow responding to constitute a serial meeting, these messages from Mr. Barnett are not evidence of that fact. And if anything, the fact that he copied members of the media on his messages to colleagues is evidence that he was not trying to defeat transparency."

On January 25, the San Diego District Attorney's office issued the following opinion on the matter:

"The Brown Act is encompassed by some 54 sections of the California Government Code, only one of which (Govt. Code § 54959) establishes a criminal violation of the act. Unless a person's behavior falls within the parameters of the criminal statute, any violations of the Brown Act cannot be criminally prosecuted. We have thoroughly reviewed the e-mail message and attachments sent to members of the ACPG by Mr. George Barnett, on January 12, 2012. We conclude that Mr. Barnet did not violate any criminal laws when he sent that message and its attachments. Therefore, we decline to take any further action
regarding that e-mail posting."