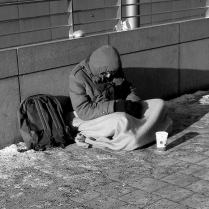 October 19, 2017 (San Diego) – Governor Jerry Brown has signed Assembly Bill 932 authorizing suspension of state and local building standards for three years upon declaration of a shelter crisis in specified areas, including the City of San Diego, in order to create homeless shelters on an emergency basis.

California has over 118,000 homeless people—the largest homeless population in the nation, fueled in part by a housing affordability crisis.  The City of San Diego has 5,619 homeless residents, with 3,231 unsheltered. Los Angeles has the most homeless in the state – over 34,000 and more than 25,000 of those are unsheltered, according to a press release by Assemblyman Phil Ting, author of the bill.

In his signing statement, Brown says, “The thousands and thousands of men and women living on our streets are looking to the leaders of these communities for decent shelter and a place of dwelling, not abandonment.”  The Governor added that this bill, in combination with others recently enacted, “presents a unique opportunity for creativity and compassion with respect to the growing number of homeless people. Don’t let them down.”

The Governor urged the cities and counties included in the order to use the extraordinary grant of exception “wisely and expeditiously.”

The new law applies to the city of San Diego, but not San Diego County.  It also includes the cities of Berkeley, Emeryville, Los Angeles, Oakland, or San Diego, the County of Santa Clara, and both the City and County of San Francisco.

Emergency housing may include homeless shelters for the homeless located or constructed on any land owned or leased by a city, county, or city and county, including land acquired with low- and moderate-income housing funds.  Despite waiving some requirements, these cities and counties must still provide minimum health and safety requirements, the bill mandates.