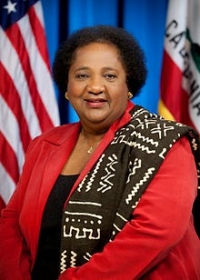 Specifically, Assembly Bill 953 would establish a Racial and Identity Profiling Advisory Board and also require local police departments to report data on traffic and pedestrian stops to the state Attorney General’s office.

Upon news of the signing, Weber tweeted, “#AB953 is now law! Thanks to Governor, advocates, my colleagues and staff. California is now going in a new direction.”

The measure comes after the high-profile deaths of unarmed black men at the hands of police in Ferguson, Missouri, New York and other places.

Weber has previously stated that such deaths have “forced us to confront some ugly truths about the persistence of racial bias in law enforcement.”  She believes that collecting and publishing data required by AB 953 will help shed light on the scope of problems and “hold those bad officers and departments accountable, while also finding a set of best practices when law enforcement gets it right.”