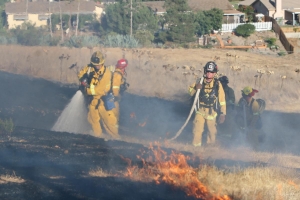 According to Division Chief Eldridge of the Santee Fire Department the fire was fought by over 60 firefighters with 20 fire engines, 4 helicopters, and 2 fixed wing aircraft. During the fire one firefighter suffered a minor injury and was flown off the f 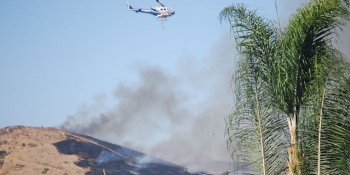 ire line by a nearby helicopter, no structures were damaged but several fences suffered damage.