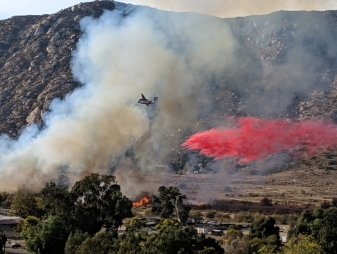 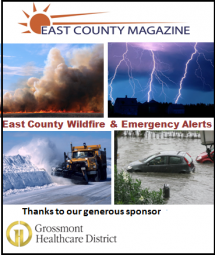 Update 3:30 p.m.: The fire is now 8 acres, Lakeside Fire reports, but the spread is slowing and no structues are threatened.

November 18, 2018 (Lakeside) -- Cal Fire and Lakeside Fire are in unified command battling to suppress the #ElMonteFire that began shortly before 3 p.m. today in the 14000 block of El Monte Road. The blaze has burned approximately a half acre of brush in the riverbed but no structures are currently threatened, Cal Fire reports. The fire is spreading at a moderate rate. 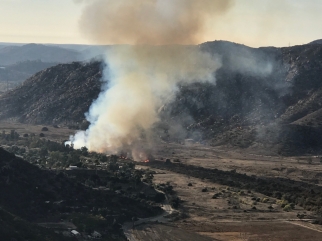 The fire caused some nervous moments for residents as the fire encroached on the community.  Aircrraft fighting the fire including Cal Fire fixed wing aircraft, helicopters, and SDG&E's air crane.

Photos below by Bob Ryan, photographer 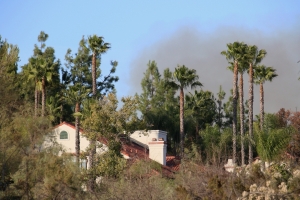 Sign up to receive free East County Wildfire & Emergency Alerts via email at the top right side of our homepage and you can also receive a free weekly newsletter with top news and events in East County.

You can also follow EastCountyAlert on Twitter for text alerts on your mobile phone. We recommend all of the above since 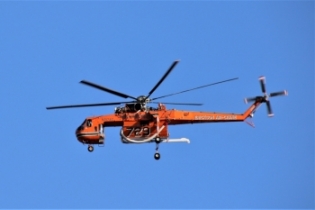 you can't know what form of communication will work best in a major regional emergency. 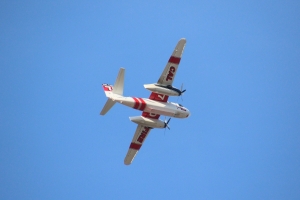