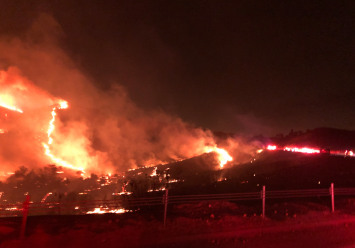 December 24, 2020 (Fallbrook) – The #CreekFire which erupted in Fallbrook overnight has burned over 3,000 acres, prompting evacuation of thousands of residents. The blaze, which began shortly before midnight in the 37000 block of De Luz Road two miles west of Sandia Creek Drive. The blaze is 35% contained as of 8 a.m., San Diego Cunty Fire authority reports.

The fire has been burning west, into Camp Pendleton. 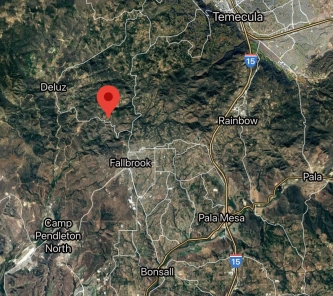 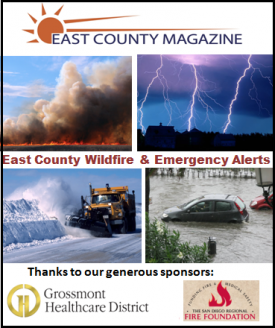 Mandatory evacuations were issued for homes on De Luz Road, Main Avenue, Doughety Street and Ceramic, Darla and Shady lanes in Fallbrook and De Luz Housing and Lake O’Neill campground on Camp Pendleton, according to Cal Fire and North County fire departments. Shortly before 2:55 a.m. Christmas Eve morning, new evacuation orders were issued for about 7,000 residents on the west side of Fallbrook, south of Main Avenue to South Mission Road, according to Cal Fire.

Sign up to receive free East County Wildfire & Emergency Alerts via email at the top right side of our homepage. Follow East County Alert on Twitter for text alerts on your mobile phone. We gratefully thank Grossmont Healthcare District and San Diego Regional Fire Foundation for their support of our alerts in 2020.