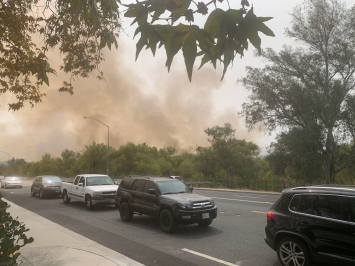 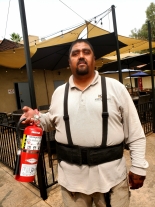 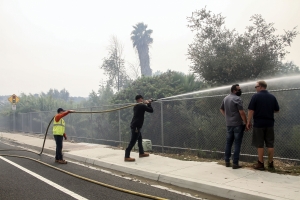 e Santee Library and more businesses are located. He turned on the outdoor sprinkler systems and was patrolling the property to put out any embers. (Photo, left, by Rebecca Jefferis-Williamson)

A second blaze, possibly sparked by the first, has broken out in the riverbed area behind the Santee library.

In Campo near Lake Morena, the #CameronFire at Cameron Truck trail that started early this afternoon burned an acre but forward spread has been stopped as of 1:40 p.m.

Photo, below left, by Robert Scheid: Aerial drop on the #CameronFire. 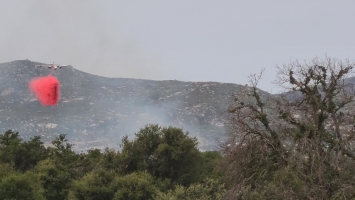 Sign up to receive free East County WIldfire & Emergency Alerts via email at the top right side of our homepage and you can also receive our free weekly e-newsletter. You can also follow 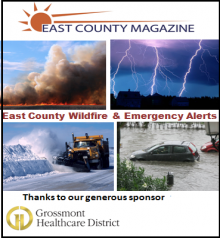 EastCountyAlert on Twitter. We thank the Grossmont Healthcare District for support of our wildfire and emergency alerts.

I was at Mission Bay when someone lit a palm tree. In seconds it was a huge torch. The trees burn fast and hot.