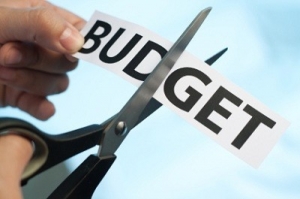 His budget guts funding for the Environmental Protection Agency by 31% -- and a bill in Congress would eliminate the agency completely.  The EPA was founded by President Nixon to protect Americans from water and air pollution.

Red states that backed Trump would not be spared the budget axe, with nearly a 21% cut proposed for the Department of Agriculture and 13.5% cuts in education including elimination of 20 education programs.

The Departments of Labor, Commerce, Housing and Urban Development, and the Interior would all have double-digit cuts.

Foreign aid money would also face cuts of over 11%.

Pell Grants for low income students would be cut by $4 billion.  Money for Meals on Wheels, a program that feeds low-income seniors living alone, would also be cut.

Although Trump has touted beefing up defense, his budget would cut $1.3 billion of the Coast Guard’s $9 billion budget. The Coast Guard not only protects against foreign invasions and rescues boaters in peril. It also apprehended 6,300 undocumented immigrants last year and intercepted many smugglers along our coastlines, playing a vital role in national security.

Republicans aim to trim the deficit while bolstering spending on other defense programs.  But Democrats are largely opposed to the plan.

San Diego Democratic Congressional member Susan Davis, in a letter to constituents, pledged, “I will do everything I can to push-back against cuts to the programs and services important to my constituents.”

But with Republicans in the majority in both the House and Senate, it will be impossible for Democrats to block the drastic cuts in Trump’s budget without help from a substantial number of Republicans crossing the aisle.