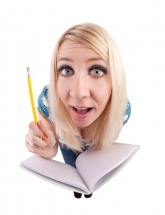 About 5,000 students will be unable to get the classes they need
Even worse cuts may be on horizon in what Chancellor calls a “true budget Armageddon”

April 5, 2011 (El Cajon) – Facing an $8.1 million cut in money from the state, officials at the Grossmont-Cuyamaca Community College District are planning to eliminate more than 780 class sections in the next school year – turning away almost 5,000 students -- and reduce summer school to a bare minimum.  Fees are also being raised by more than a third.

The almost 30,000 students at Grossmont and Cuyamaca colleges can expect greater difficulty in enrolling for classes beginning this summer and will take longer to complete the courses they need to transfer to a university or train for a career. They’ll also be paying $36 per credit unit, a $10 increase.

“We’ve had to make some agonizing decisions as we try to provide the best education to as many as possible with sharply limited resources,” said Cindy L. Miles, chancellor of the Grossmont-Cuyamaca Community College District.

The district will be drastically reducing hiring, maintenance and supply purchases, and is seeking savings to cut benefits costs by $500,000.

The reduced funding from the state comes on top of a $15 million budget shortfall in the district’s $104 million 2010-11 operating budget. The district now has 645 fewer part-time employees, and 60 full-time positions have been left unfilled.

Over the past two years, 1,000 class sections have been cut, and summer school classes have been cut in half from the 2008-09 school year. This spring, almost 12,300 students were unable to enroll in classes – a 350 percent increase from a year ago.

The district, which receives 94 percent of its funding from the state, had to begin preparing a 2011-12 spending plan as the negotiations over California’s budget dragged on in Sacramento. Even in a best-case scenario – approval of the tax extensions measure sought by Gov. Jerry Brown – the district faced a $4.6 million budget cut.

Bill Garrett, president of Grossmont-Cuyamaca’s Governing Board, said the district’s fiscal policies helped to cushion it from having to make even more drastic spending cutbacks.

“We’re in a stronger position than other public agencies because we’ve frugally managed our dollars,” Garrett said. “The only good news is that our policy of strategic fiscal stewardship has helped us protect core programs.”

Now that the Governor’s proposed June ballot measure seeking the tax extensions appears dead, district officials are preparing for more severe cuts. The cuts could go even deeper should the state Legislature decide to proceed with an “all cuts” budget plan to address the remaining $12.5 billion California budget deficit. If that happens, the district would lose $12.9 million in state money.

“That would be a true budget Armageddon,” Miles said. “We would have to cut 1,000 classes, which would bring us down to 60 percent of the courses offered just two years ago. We’d have to freeze programs and cut more part-time employees. Worst of all, we’d have to destroy the educational hopes of more than 8,000 students. We need all the help we can find to advocate with us to avoid this devastation. Our students are depending on us.”