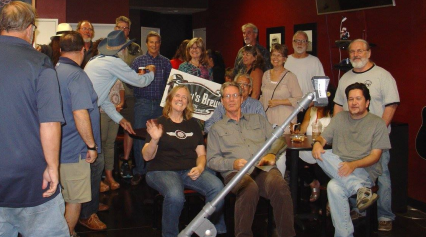 September 19, 2017 (La Mesa) – Bugsy’s Brew Coffee shop ha s closed its doors, five years after opening at the corner of La Mesa Blvd. and Jackson Drive.   A note taped to the door informs customers of the closing over the weekend “with a heavy heart but great memories.”  Owner Dan Moran thanked patrons, adding, “I’m sorry for having to move on, but my family is in need and I just focus on remaining active in my children’s lives! Family first forever.  I will love and miss my time here…let’s stay positive and may our paths cross in the future.” 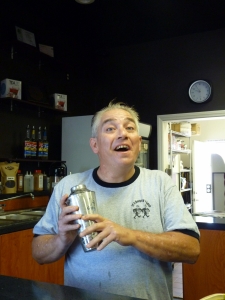 East County Magazine interviewed Moran back in 2012, when the java joint had just opened with a slogan “So good, it should be illegal.”

Coffee drinks were named after famous gangsters such as Al Capone, Lucky Luciano and Ma Barker. Moran said he named the place after his grandfather, George “Bugs” Moran, ran Chicago bootlegging operation during Prohibition. Moran's gang was gunned down in the notorious St. Valentine’s Day massacre in 1929, reportedly on the orders of Al Capone. Ironically, Moran’s life was spared--thanks to a coffee shop.

Bugsy’s became a popular gathering place not only for coffee aficionados, but also musicians and music fans who came to enjoy local talent on open mic nights.

You can view photos of the final night’s performances on September 16, 2017 at the Facebook photo album The last night at Bugsy's. 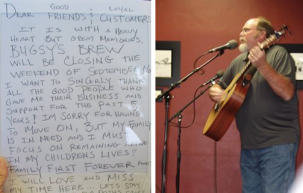 Linda Ascione Niman posted, “Twas a sad evening....so hard to say good bye to Bugsy's and all the good times we've had there....”.