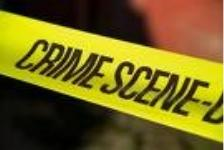 April 9, 2016 (Lakeside) --  A worker for a pest control company who arrived to remove a termite fumigation tent from a home at 9548 Farmington Drive in Lakeside Friday found an intruder in the home. The suspect fled and the employee pursued him in his work truck, said Sergeant Mike McNeill.

Sheriff’s deputies responded to a call reporting the burglary and arrested the suspect, Jason Depew, at the intersection of Lemon Crest Drive and Orange Crest Drive.  He has been booked into San Diego Central Jail downtown and will be charged with residential burglary.

An investigation continues to determine whether Depew could be linked to other recent burglaries of homes being fumigated across the region.

If you have any information on this crime or related incidents you can call Crime Stoppers at (888) 580-8477 and you will remain anonymous. You may be eligible for up to a $1,000 reward for information leading to a felony arrest.