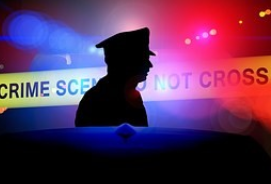 East County News Service
December 31, 2019 (Lemon Grove) – Deputies responding to a call reporting a burglary in progress in the 1600 block of Colfax Drive in Lemon Grove shortly before 9 a.m. arrived and saw a man run into the house. Deputies established a perimeter around the home, with help from the Sheriff’s ASTREA helicopter.

After numerous attempts to contact the suspect and convince him to surrender, deputies reached the homeowner, who was away on vacation, to verify that no one was supposed to be in the home.

“With the assistance of a Chula Vista Police K-9, deputies made entry into the residence and took the subject into custody,” says Sergeant Z. Sanchez.
The suspect, a 57-year old man, was transported to a local hospital for evaluation. The suspect will be booked into jail on felony charges.