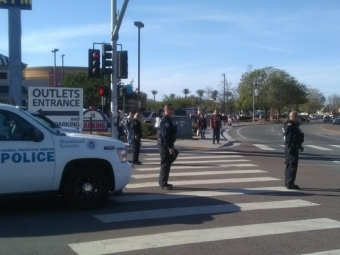 Las Americas Premium Outlets was forced to close on the busiest shopping weekends of the year, as a sky made hazy by tear gas bit at customers’ throats and eyes

Updated November 30, 2018 with figures from a Reuters news report on economic losses to hotels in our region due to the border conflict

November 26, 2018 (San Diego) — In a Monday tweet, President Trump threatened to shut down the border if Mexico does not remove the Central American migrants, thousands of whom are still arriving in Tijuana over the next week. He has made similar threats before, but this time Trump said he would close the ports of entry permanently if need be.

This would throw San Diego’s economy into chaos, a sliver of which was seen just in the few hours on Sunday the world’s busiest border was closed. 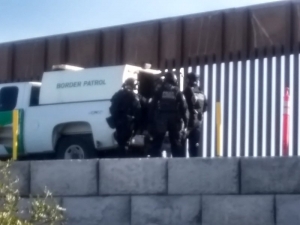 One San Diegan’s attempt to cross the border for a business lunch was stymied on Sunday, after the San Ysidro ports were closed following a peaceful protest from migrants demanding the US process their asylum applications devolved into chaos. Border Patrol agents fired tear gas onto migrants attempting to breach the border fence, but the wind carried the gas to women and children marching hundreds of feet away, who ran to prevent their children from asphyxiating. 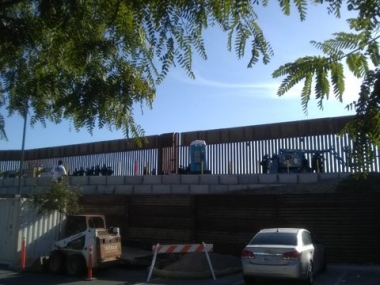 Deploying a chemical gas across a border is potentially a violation of international law, but for Philip Ballew there were more immediate issues to attend to. He could not cross the border to have lunch with a frequent collaborator in his consulting business. Over tortas, they planned to discuss the websites they build together. While missing out on the mouth-watering tortas was a disappointment, the more pressing concern was the loss in productivity for his day. He worries he may not be alone. 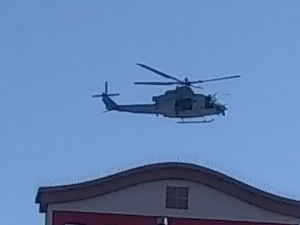 Las Americas Premium Outlets was forced to close on the busiest shopping weekends of the year, as a sky made hazy by tear gas bit at customers’ throats and eyes. This meant a loss in revenue for retailers depending on Black Friday weekend shoppers to kick off the holiday season, but it also meant everyone employed at the stores went home early without full day’s wage.

Jason Wells, executive director of the San Ysidro Chamber of Commerce, told Reuters that since the arrival of the migrant caravan, "We have had cancellations of more than 8,000 rooms, to be exact, we've lost more than 8,800 rooms," adding, "I would say about 80 percent more or less national and another 20 percent which were weekend rooms. All of the anglo-latinos who were coming to Tijuana. "

If President Trump follows through on his threat, the consequences could be much worse. “Our Mega Region is close to 5 million people. We depend on each other,” Ballew said.

Each day, 70,000 northbound vehicles and 20,000 northbound pedestrians cross every day. The majority of them are commuting to jobs in Southern California. While many are Mexican nationals, a growing portion of them are Americans trying to escape San Diego’s housing crisis. Those crossing the border do not just provide San Diego with a labor market, they also prop up San Diego businesses. According to Crossborder Group, Baja visitors used to account for $4.5 billion retail and entertainment purchases in San Diego County each year. Since President Trump was elected, this number has taken a hit.

Tijuana is the second-biggest North American city on the west coast, behind only Los Angeles. “In order for San Diego to succeed, Tijuana and San Diego need to be connected,” Ballew believes. As someone who works in both Mexico and the U.S. frequently, Ballew thinks it is important for people to view it as “two cities, one region.” He said there are many areas in which San Diego depends on Tijuana in order to be successful.

According to a UCSD study, Mexico is California’s export market— supporting over 500,000 California jobs. After seeing the results of the study, San Diego Mayor Kevin Faulconer said it proved free trade is working for the mega region and continued collaboration is important to improve economic prosperity on both sides of the border.

The border was closed briefly last week as well, which is why Ballew stayed to talk to officials in the hopes the port of entry might reopen in time for him to meet his business contact. Since the transit center the San Diego trolley stopped at was closed, he found confused people stranded. From there, he went to Pedestrian West, where he caught sight of the tear gas hurled at protesters. “I got a sniff of the tear gas and it hurt a little, thankfully not as bad as it it did for the people they (U.S. authorities) threw it at,” he explained. He was not able to directly see any migrants, but said it did not look good and “sounded scary.” In the hours before he returned, he talked to people in the Highway Patrol, San Diego Police Department, and Customs & Border Protection; he said they did not seem to know what was going on beyond their assigned post.

If these border closures become more frequent and unpredictable, or even permanent as President Trump said, Ballew will not be the only person whose life gets disrupted as many San Diegans’ lives exists on both sides of the border.

Tear gas does not asphyxiate.