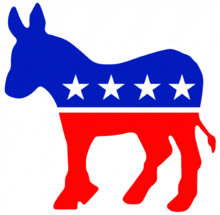 August 24, 2015 (San Diego) – At the California Democratic Party’s e-board meeting last weekend in Burlingame, Chairman John Burton welcomed Tom Steyer, co-founder of NextGen Climate, who gave a riveting speech on the work of the California environmental movement driving change nationwide.  “The world looks to California to see what the future will bring,” Steyer said at the Saturday luncheon. View  video of speech.

Chairman Burton asked all Democrats to support the party’s efforts to reduce petroleum use and increase energy efficiency by supporting the landmark SB350 bill currently in the Legislature. At General Session, members voted to support that bill and dozens of others on low-income housing tax credits, voting rights and other areas. Click here to read the Legislative update.

Also at the General Session, resolutions were passed  in support of Planned Parenthood, the Black Lives Matter movement and more. View the passed resolutions on our website.

Planned Parenthood has been under attack by the GOP in Congress and in California’s Legislature following a series of under cover videos, leading conservatives to call for cancellation of government funding for Planned Parenthood, as ECM reported.  Now California Democrats have launched a petition asking the public to sign in support of “ Planned Parenthood’s judgment-free health care for women.”

Caucuses at E-Board had other speakers including the Women's Caucus celebration of the 80th Anniversary of the signing of the Social Security Act to a presentation by State Controller Betty Yee on the role of central committees in the 2016 election cycle. To view the Caucus Highlights visit our E-Board Page.

Attorney General Kamala Harris spoke at General Session about the challenges facing California and our nation. "The ladder of opportunity is broken and it can be fixed,” she said.

U.S. Rep. Eric Swalwell from the East Bay revved up General Session for the tough work for Democrats to retake the House. "We got to the majority in 2006 because of you,” he said. “We need you to pave the way to the majority again."