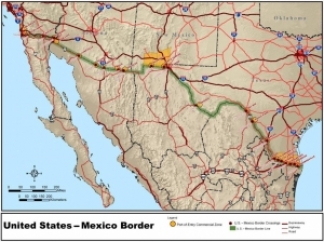 March 20, 2017 (Sacramento) – Assemblymembers Lorena Gonzalez Fletcher (D-San Diego), Phil Ting (D-San Francisco), and Eduardo Garcia (D-Coachella) have announced legislation that would require the state’s pension funds to divest from companies involved in the construction of the president’s wall along the United States-Mexico border.

The economic impacts of that could be felt in San Diego, where multiple companies have submitted bids to build the wall.

But Ting states, “This is a wall of shame.”  He says Asian Americans know the pains of being blocked from immigrating to the United States, adding, “We must stand together and fight this wall because it symbolizes weakness and hate to the world.”

Gonzalez Fletcher says the state’s contracting and investment practices should “reflect the values of our state,” adding, “It’s clear the people of California don’t want to invest in the hateful values that the Trump wall represents.”

...is still running at full steam.

These people would take jobs from U.S citizens (to build this wall) and transfer those jobs to citizens of other states. The wall is going to be built, but these "representatives" are representing illegals and the people of states. Is this material for a recall of these traitors?