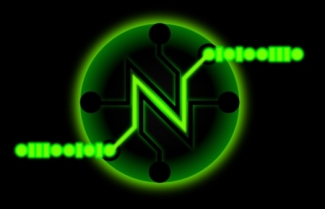 August 27, 2018 (Sacramento) - A bill to restore net neutrality in California now goes to the full State Assembly after it passed a key committee on Wednesday unscathed.

In June, the Communications and Conveyance Committee sparked an uproar when it eliminated some key protections, forcing lawmakers to restore them. Evan Greer, deputy director of the nonprofit advocacy group Fight for the Future, says he supports SB 822 because it prevents Internet service providers from taking action to favoring some websites or working against others."So that's protections against blocking or censoring websites, throttling or degrading content, and cutting paid prioritization deals, which are scams where your internet provider gets paid by a company to deliver their content to you faster than someone else's," he states.SB 822 also would ban discriminatory zero-rating schemes where the Internet service provider controls what you see by offering free access to content it's being paid to show you, but creating a higher paid tier for access to an uncurated open Internet. If the bill becomes state law, the federal government could sue to overturn it. Federal Communications Commission Chairman Agit Pai argues the rules are unnecessary and stifles innovation.Greer notes that SB 822 also would restore the complaint process, which was lost when the FCC repealed the Obama-era net neutrality rules."Now that we have a chairman at the FCC who is a former Verizon lawyer, who has basically made it clear that he is OK with the ISPs doing whatever they want, they're clearly emboldened to abuse their power even further," Greer states.The vote comes a day after news broke that Verizon recently slowed down Internet access to a crawl for the Santa Clara Fire Department's mobile command vehicle during the recent mega-fires – saying the supposedly "unlimited" data plan really had a built-in cap. The company now vows to make an exception in time of emergency.