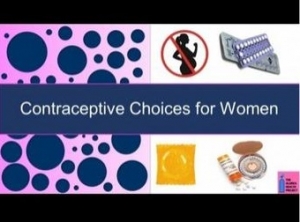 May 24, 2016 (Sacramento) -- Voting to remove a barrier to consistent, effective access to birth control, the state Senate today approved Senate Bill 999, which would require health plans to cover up to a 12-month supply of hormonal contraceptives when such a prescription is requested by a woman’s health care provider.

Numerous studies, including a comprehensive review of more than 84,000 Medi-Cal patients who have long had the 12-month option, have shown this approach results in 30 percent fewer unintended pregnancies than with women who must refill their prescriptions every 30 or 90 days.

“This is a smart, proven policy that will improve the lives of California women, reduce the number of unintended pregnancies and abortions, and lower health-care costs,” said Senator Fran Pavley, author of the bill. “For women who work, go to school, raise children and have otherwise demanding schedules, this will eliminate the need for repetitive trips to the pharmacy and reduce gaps in access to birth control.”

The bill was opposed by the insurance industry, which claimed some pills may go unused and needlessly drive up healthcare costs. Those arguments did not prove persuasive, however, since the bill passed the Senate on an overwhelming and bipartisan 28 to 6 vote.  East County’s State Senator, Joel Anderson, was one of the six Senators who voted against the measure, while local Senators Ben Hueso and Marty Block voted for the bill.

The measure advances to the Assembly for consideration.

“Providing women with 12 months of contraception is an important step in reducing barriers to contraceptive access and helping to prevent unintended pregnancy. It's a win-win for women and for the state of California,” said Kathy Kneer, President and CEO of Planned Parenthood Affiliates of California.

An analysis by the California Health Benefits Review Program, a team of University of California medical researchers charged with studying the costs and benefits of all legislation that establishes a health insurance requirement, found that SB 999 would improve reproductive health outcomes and also save private employers, government agencies and individual women a combined $42.8 million a year. Among its findings is the bill would result in 7,000 fewer abortions each year in California.

“Women across California – with public and private health coverage – need and deserve equal and consistent access to their prescribed birth control method of choice,” said Julie Rabinovitz, president and CEO of the California Family Health Council. “This legislation will help prevent unintended pregnancies and ensure that more women in the state get evidence-based contraceptive care.”

The bill would enable doctors and other health-care providers to prescribe up to a 12-month supply of self-administered hormonal contraceptives such as birth control pills, the ring and the patch. Researchers for the Health Benefits Review Program estimate that 744,000 California women of child-bearing age have active prescriptions for such contraceptives.