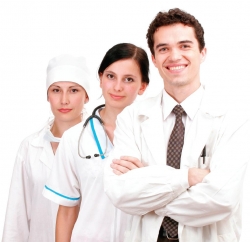 January 28, 2010 – While Congress struggles to pass a healthcare reform bill that has been gutted of its public option, California’s State Senate today passed passed landmark healthcare reform legislation, SB 810, that calls for sweeping changes in the financing of health care. The measure passed by a healthy 22-14 vote. (Roll-call voting record is not yet available.)

Under the bill, authored by Senator Mark Leno (SF), all residents would be covered by a universal health care system, which would pay for all needed health services utilizing a "single payer" insurance system. Private insurance companies would be replaced by one non-profit health insurance fund. All California residents would have coverage for doctors, hospitals, medications, mental health, medical equipment, dental, eye care and more.

Most residents would be required to pay into the system and all would be covered, with no additional co-pays, deductibles or exclusions for pre-existing conditions. Hospitals and doctors would continue to operate privately, while insurance would be financed publicly.

The author projects SB 810 to be revenue neutral to the state and says it would cost most businesses and residents less than they currently pay to receive the most comprehensive health care reform plan ever offered Americans. However a Senate budget analysis estimated the measure could cost $200 billion initially, drawing criticism from opponents amid the state’s fiscal crisis.

Long-range, the measure could reduce some healthcare costs to the state by cutting overhead expenses and keeping people healthier through preventative treatments, thus reducing costly hospitalizations and emergency procedures.

Sponsors of the bill outlined coalition plans for a massive multimedia grassroots educational campaign to pass the bill through the Assembly later this year.

One key component of the campaign will be a multimedia advertising campaign that will feature a new 30-second TV spot every day for a year starring celebrities, political leaders, health care activists and victims. Some 60 spots have already been produced, featuring Lily Tomlin, Paula Poundstone, Elliot Gould, Ed Begley, Valerie Harper, Connie Stevens, Tracy Newman, Ken Howard, Ed Asner, Sheila Kuehl and more. Supporters will be invited to submit their own versions.

Kicking off on March 1, the 365-day ad aims to achieve passage and approval of the legislation by a two-thirds super majority of legislators in order to pass the financing legislation to implement the legislation and override a veto by the Governor. Similar single payer bills were passed twice by a 62% majority of the California legislature only to be vetoed by Governor Arnold Schwarzenegger.

California One Care and the 365 Ad Campaign encourage Californians to “get active on line or join neighborhood events to educate others about the benefits of this major reform of our health care system,” according to a press release issued this evening.

California OneCare and the 365 Ad Campaign are projects of Health Care for All-California and supported by single payer advocacy groups nationwide. For more information see http://www.californiaonecare.org/2010/01/28/single-payer-health-insuranc... .