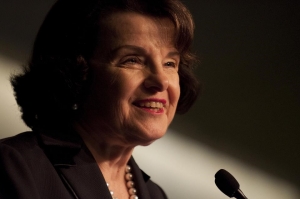 May 19, 2015 (Washington D.C.) – The U.S. Senate has voted 65 to 33 to take up HR 1314, a measure that would allow fast-tracking of the proposed Trans-Pacific Partnership with no amendments or filibuster allowed.

The 12-nation trade pact  would remove or lower tariffs and duties in an effort to spark trade among the U.S. and  Australia, Brunei, Canada, Chile, Japan, Malaysia, Mexico, New Zealand, Peru, Singapore and Vietnam. Together, these nations account for almost 40% of the world’s gross domestic product (GDP).

The TPP is supported by corporate lobbying groups including the U.S. Chamber of Commerce, who contend the trade deal would be good for business and the economy.

Others argue that it would be irresponsible for the Senate to approve fast-tracking of a bill it hasn’t even read.

California’s two Senators, both Democrats, split on the issue.  Senator Dianne Feinstein voted in favor, while Senator Barbara Boxer voted against the fast-tracking.

But it was written by corporations so I'm sure it's okay. What's good for General Motors is good for the country (but not its citizens).