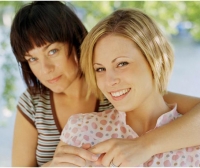 February 18, 2011 (Sacramento) -- Do opponents of gay marriage have legal standing to challenge a decision overturning Proposition 8 in federal court after the state’s two top officers opted not to defend the measure? California’s Supreme Court has announced it will take up that legal question.

The state’s high court announced this week that it will rule on whether or not supporters of Prop 8, the ballot initiative that stripped same-sex couples of marriage rights in California, have the right to challenge a lower court ruling which held the measure unconstitutional. State officials at the time, Governor Arnold Schwarzenneger and Attorney General Jerry Brown both decided not to defend the measure. 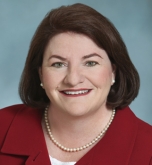 “I am hopeful that the Supreme Court will do the right th ing and find that those who put this discriminatory measure on the ballot, and then used misleading advertising to persuade people to vote for it, have no standing before the courts,” said Assemblymember Toni Atkins of San Diego. “In the meantime, unfortunately, this will mean a delay of many more months before marriage equality can be restored in California. We will have to take solace in the knowledge that the road to equality is often a long and winding one.”

Atkins, like thousands of same-sex couples, married her spouse during the five month period after a court declared same-sex marriage legal and before Prop 8 barred the practice.

Prop 8 supporters, meanwhile, also expressed hope that the high court would rule in their favor. Andrew Pugno, a lawyer for ProtectMarriage.com, issued a statement saying his organization hopes the California Supreme Court will “put to rest any ambiguity of our right to defend the votes” of Californians who voted for Prop 8.

U.C. Irvine School of Law Dean Erwin Chemerinsky, however, suggests the Court is likely to rule against Prop 8 backers who claim they should be able to appeal the decision on behalf of Califiornians. “There’s certainly no cases to indicate that proponents of an initiative have standing under California law to represent the state,” he said, the legal website Law.com reports.

see scotus case No. 10-5567 discrimination is horrible and no protection good luck to u