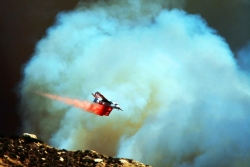 February 24, 2011 (San Diego’s East County) – The California Supreme Court has denied without comment an appeal filed by Utility Consumers Action Network (UCAN), which sought to stop the Sunrise Powerlink project on the basis that it violated the California Environmental Quality Act (CEQA).

UCAN executive director Michael Shames said he had not yet received the decision, but that UCAN is weighing other options.  "

We are going to review the potential for a Petition for Modification to the PUC (Public Utilities Commission)," he revealed, adding there is no timeline for such a petition. "In view of changed circumstances (for example, Stirling project being infeasible) and the issuance of the Tradeable Renewable Credits, there are sufficient material facts to justify a CPUC review by a new Commission," he stated in an e-mail response to ECM's request for comments. "We'll begin that process now but don't know when we'll make a decision."

Several other lawsuits remain in state and federal courts. 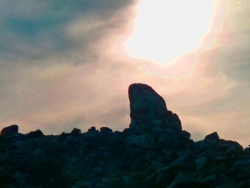 “Our grassroots coalition of Backcountry Against Dumps, The Protect Our communities Foundation, and the East County Community Action Coaltion have several petitions for review of PUC’s (California Public Utility Commission) Sunrise Powerlink approvals still pending in California Supreme Court,” said Donna Tisdale. “We have also filed a petition for reconsideration and request for stay over the State Water Resources Control Board’s certification of the Sunrise Powerlink project’s permits under Section 401 of the Clean Water Act.”

On March 7th, U.S. District Court in San Diego will hold a hearing in the coalition’s motion for summary judgment in a lawsuit filed over the federal Bureau of Land Management’s approval of Powerlink and “their unlawful land use downgrades and amendments to the Eastern San Diego Resource Management Plan,” Tisdale stated. “Those BLM actions changed the McCain Valley zoning from scenic and proteted to an industrial zone in order to accommodate both the Tule Wind project proposed by Iberdola, a Spanish utility, and a brand new utility corridor for the Sunrise Powerlink through the McCain Valley Resource Conservation and Recreation Area.”

The backcountry activist concluded, “We have a very strong case and a very good attorney. SDG&E and the BLM have not been able to get our case dismissed despite their numerous heavy-handed efforts to do so.”

SDG&E has pushed forward with construction across East County despite cases still pending in the courts. On March 7th, opponents of the high-voltage line plan a rally outside SG&E headquarters, followed by a march to the federal courthouse steps in hopes of demonstrating strong community opposition to the project. Supervisor Dianne Jacob and UCAN’s Michael Shames are among the speakers scheduled to appear at the rally, which starts at 12:30 p.m. March 7 at 101 Ash Street in San Diego.