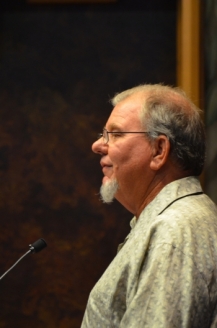 February 4, 2017 (El Cajon) -- While many residents near El Cajon’s Gillespie Field decry an increase in activity from flight schools, proponents of a long-planned airport expansion say the project could generate thousands of high-paying, high tech jobs, and be a boon to East County.

For more than seven years, the council, a nonprofit organization based in El Cajon, has championed the concept of an aerotropolis for Gillespie’s future.

An aerotropolis is a planned business cluster in which the infrastructure and economy are tied closely to an airport.

According to a report on the council’s website (www.eastcountyedc.org), “the EDC’s goal is to create a business hub where travelers and locals can conduct business, shop, and dine. This would benefit manufacturing and distribution facilities; hotels; retail stores; commercial offices; conference centers; and entertainment venues.” 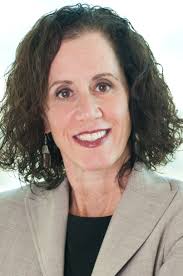 “The underlying premise of an aerotropolis is an economic accelerator,” Diamond (right) said in the report.

The Cajon Air Center would be a first step toward realizing the aerotropolis vision, but the redevelopment project is confined to the 70 acres on airport property, and only aviation uses are permitted on the land. The first of six phases of the project began in October, and is planned to be completed in 2023.

While Gillespie does have a few industrial parks nearby, these are nowhere near the level of aviation connected business centers that an aerotropolis concept involves.

So far, about the only tangible accelerator at Gillespie in recent years has been the uptick in operations (take-offs and landings) related to flight schools just outside the airport. According to Robert Germann, founder of CAGE/LFA, Citizens Against Gilespie’s Expansion & Low Flying Aircraft, the stated plan for expanding Gillespie to become a high-tech, aviation business hub is really a smokescreen for turning the airport into an international pilot training center that caters to foreign students.

Many of these students don’t speak English well, and are causing a danger to other pilots and folks on the ground because of their limited grasp of the language, Germann says. “It’s not only dangerous, it’s annoying (because of the noise and gasoline pollution from the planes), he said.

“I speak to many local pilots who won’t use Gillespie anymore because it’s not safe,” Germann said. “They call the airport ‘the washing machine” because the planes just go around and around.”

While the airport doesn’t break out how many of those operations are connected to flight schools, Germann said it’s clear that the great bulk of activity comes from the five flight schools, all of which are enjoying increased business.

One of the schools, American Aviation, went from five planes in 2010 to 22 planes at the end of last year, he said. The schools are called “rating factories” because they claim to train a student to pass the test for a commercial pilot’s license in six months, Germann said.

The bulk of the business is coming from China and the Middle East. Commercial carriers send the students over because they need pilots, and cannot provide the level of training being done here, Germann said.

Besides the noise from the increased flights, there’s the problem of tracking the foreign students who come here to obtain a pilot’s license, Germann said. He cited a 2013 report from the U.S. Government Accountability Office that found weakness in the vetting process of students and the potential for students entering the country illegally to get accepted into the Alien Flight Training Program operated through the U.S. Transportation Security Administration.

Diamond said the EDC has been working with a number of potential companies, including Helinet Aviation, a Van Nuys, Calf. provider of helicopters to a range to public and private sectors. So far, there’s no agreement, she said.

The EDC remains optimistic that Gillespie can attract aviation-related industries to the redeveloped site that was formerly leased to Cajon Speedway.

“There’s no reason that we can’t have an R&D center for creating an electric aircraft there,” she said.

Diamond rejected Germann’s oft-stated contention that the plan promoted by the FAA and county is to turn Gillespie into one large international flight training center, but wouldn’t disavow that alternative entirely.