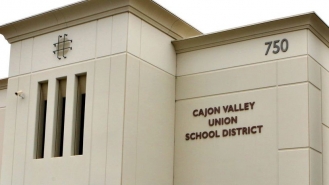 Update August 31, 2021 - At least 6 of the familes have escaped Afghanistan and three students are back in classes, district spokesman Howard Shen told the San Diego Union-Tribune yesterday. Two other families were still awaiting evacuation at the time.

August 25, 2021 (El Cajon) - The Cajon Valley Union School District said Tuesday that as many as 24 of its students are stranded in Afghanistan and haven’t been able to make it back to the Untied States.

District officials said the students traveled to visit their extended families during summer break and were left without a flight back home following the Taliban’s rapid takeover of Kabul.

The San Diego Union-Tribune reported that the families involved are on special visas for U.S. military service and that the Department of Defense considers them “allies.”
The district is in contact with the families and reached out to Rep. Darrell Issa for help in getting the group out of Afghanistan before the U.S. airlift ends.
“I’m working diligently to determine the best ways to help those trapped return home safely. I won’t stop until we have answers and action,” Issa tweeted on Wednesday.
The district is one of the most ethnically diverse in San Diego County with many students having ties to Afghanistan, Iraq and other Middle Eastern countries.
Defense officials said Wednesday that in the previous 24 hours, 90 U.S. military and other international flights had evacuated 19,000 people, bringing the total evacuation number so far to about 88,000.
About 10,000 people remain at the airport, but it’s known how many Americans and allies have been unable to get there.