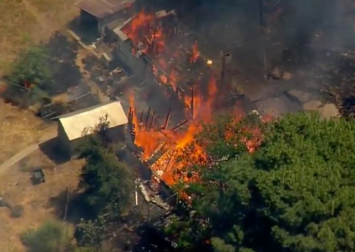 October 1, 2018 (San Diego’s East County) – The Cinnamon Fire, which burned 13 acres in Ramona on July 20th  and destroyed a home that was a former stage coach stop dating back to 1870, was caused by use of equipment, says Cal Fire public information officer Isaac Sanchez.

The Building Fire in Dulzura on July 6th, which burned a home and threatened others, was caused by an electrical problem.