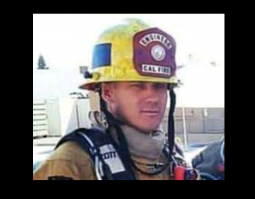 December 14, 2017 (Dulzura) – Cal Fire engineer Cory Iverson, 32, who was stationed in Dulzura, has died of injuries sustained fighting the Thomas Fire in Ventura County this morning.  A resident of Escondido, he leaves behind a 2-year-old daughter, Evie and his wife, Ashley, who is expecting the couple’s second daughter in the spring.

"Today has been a tragic and devastating day," Cal Fire San Diego County Fire Chief Tony Mecham told media at a press conference. "This incident has shaken our organization to the core." He praised Iverson as “a great young man, somebody who really loved his job."

Iverson has been with Cal Fire since 2009. He was assigned with a fire engine strike team from Cal Fire San Diego to the Thomas Fire, which has burned over 249,000 acres in Ventura and Santa Barbara Counties.

Earlier today, Chief Ken Pimlott, director of Cal Fire, said in a statement, “Please join me in keeping our fallen firefighter and his loved ones in your prayers and all the responders on the front lines in your thoughts as they continue to work under extremely challenging conditions." 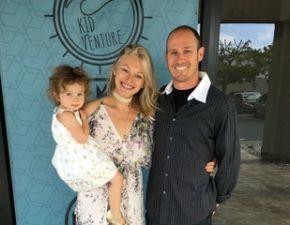 The strike team Iverson was working with has been pulled from the fire line after the tragedy. 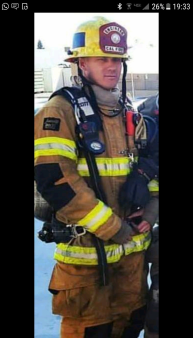 Governor Jerry Brown ordered Capitol flags flown at half-staff in Iverson's honor. The Governor stated, "His bravery and years of committed service to the people of California will never be forgotten."

Details of Iverson’s death have not yet been released and an investigation by Cal Fire’s accident review team is ongoing. As a hearse ferried Iverson’s body away from the fire scene, firefighters lined the roadway to pay silent tribute, the Los Angeles Times reports.

Pimlott took time to offer reassurances to residents in the fire-stricken area. "While we continue to process this tragic loss, we must keep our focus on the fire. The fire fight in front of us continues to go on," he said. "The communities we are protecting are depending on us, and we will not fail."