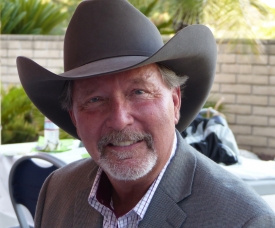 “We recognize that Steve has a proven ability to bring people together to get things done. Most importantly, he truly cares about helping the hard-working men and women protecting our community,” says Patrick Walker, Vice President of CAL FIRE Local #2881 10th district.

Mayor Vaus commented, “I’m honored to have the support of the firefighters and paramedics of CAL FIRE, the men and women who keep San Diego County safe every day.  As Mayor, I’ve worked hard every day to ensure the safety of the residents of our city. As Supervisor, I will make sure the professionals of CAL FIRE have the resources they need to keep San Diego County safe.”

Vaus is a candidate for Supervisor District 2, which is currently represented by Dianne Jacob, whose final term on the Board expires in 2020. He is one of three announced candidates; others are former State Senator Joel Anderson and Kenya Taylor, an NAACP board member and mental health counselor.

He has been the Mayor of Poway since 2014 and was a member of the Poway City Council for two years before that. Vaus also has decades of executive experience as owner of a Poway production company which has served clients such as Cox Communications, Barona Resort, the U.S. Navy, and others. Vaus and his wife Corrie, an award-winning journalist and video producer, have lived in Poway for 26 years. They have four children and five grandsons.