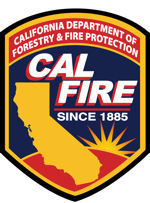 March 26, 2012 (Spring Valley) –Cal Fire has submitted a request for proposal (RFP)to San Miguel Fire Protection District, the only agency to do so by yesterday’s deadline.
A committee appointed by the District will begin reviewing the proposal March 26 to assure that it meets minimum standards, or metrics, previously determined. The review committee will present its findings to the San Miguel Fire District Board at a March 28 meeting.

“At this point, the Board will begin the discussion process and determine what is in the best interest of the communities and the District,” public information officer Leonard Villareal indicated in a press release issued yesterday. “It is likely parts of the proposal may generate questions.” Any questions will be researched by staff and reported back to the Board at an April 11 meeting.

Both meetings will be held at district headquarters at 2850 Via Orange Way in Spring Valley.
The district is facing its fourth year of declining revenues vs. expenditures and has lost about 20 percent ($2.5 million) of its property tax revenues. Property taxes account for 97% of the district’s revenues.
For the next fiscal year starting July 1, 2012, the district anticipates another budget shortfall of up to $1.6 million. The dire budget shortfall has already led the district to cut fire service from its Dehesa station, which is currently manned only by a two-man paramedic crew.
According to the district, the RFP was issued “in an attempt to eliminate the structural budget deficit, return Fire Station 23 on Dehesa Road back to full staffing/full service, and potentially improve direct emergency service to our customers.”
For additional details or to learn more about upcoming Board meetings, visit www.smgfire.org.