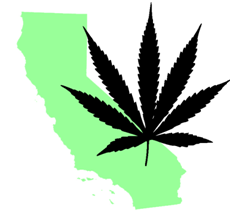 February 1, 2016 (Sacamento)—The California Medical Association, the largest professional association of doctors in our state, today announced its support for a ballot initiative to legalize recreational marijuana use.

CMA has emphasized that it does not endorse marijuana use and discourages smoking.  “But ultimately,” a release issued by the medical group states that its members “believe that the most effective way to protect the public health is to tightly control, track and regulate marijuana and to comprehensively research and educate the public on its health impacts, not through ineffective prohibition.”

Dr. Steven Larson,  CMA president, issued a statement that the Control, Regulate and Tax Adult Use of Marijuana Act offers a “comprehensive and thoughtfully constructed measure that will allow state officials to better protect public health by clarifying the role of physicians, controlling and regulating marijuana use by responsible adults and keeping it out of the hands of children."

The association represents 41,000 physicians in California.  CMA has supported legalization since 2011 to enable more clinical research on medical benefits of cannabis.

The doctors’ association wants to see medical marijuana regulated like medicine to assure “safe and appropriate use by patients with legitimate health conditions” said Larson, who adds that recreational use of marijuana by adults should be “regulated like alcohol.”