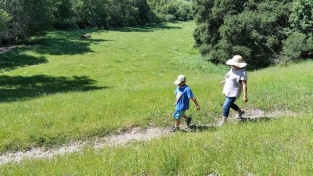 June 13, 2017 (Los Angeles) -- California has made major strides in getting kids insured, but still ranks only 37th in the nation for overall child well-being due to persistent pockets of poverty, according to the latest KIDS COUNT Data Book, out today from the Annie E. Casey Foundation.

Researchers found across the country, unemployment is low - at 4.5 percent - and 95 percent of children now have health insurance, mostly through Medicaid expansion under the Affordable Care Act.

But Kelly Hardy, the senior managing director for Children Now, says the huge cuts proposed in the GOP health-care reform could erase a big part of that progress.

"I could not be more concerned about what's going on in D.C. related to health care," she says. "And there would be direct and devastating impact for children's health in California. The big cuts to Medicaid are what would be the biggest problem."

Nearly 55 percent of California's children are enrolled in Medi-Cal, the state Medicaid program. The report ranks California 9th in children's health and was the most improved state in getting kids insured.

For that, Kelly credits passage of the "Healthcare for All" law, which extended Medi-Cal benefits to undocumented children.

The California budget does set aside money for early childhood education, but Kelly says she's hoping for more in the ongoing Budget Conference Committee negotiations. The state ranks 38th in education investment and has 17,000 fewer kids in subsidized childcare compared to 10 years ago.

The Casey Foundation's Laura Speer, associate director for Policy Reform and Advocacy, urges lawmakers to make use of this data.

"We've been tracking these measures for more than 25 years because we believe in the importance of really getting a clear, unbiased measure of child well-being over time," Speer explains. "We want folks to use this information to make good decisions so that we can maintain the gains that we've been able to achieve."

The report also found that parts of California are still struggling to recover from the recession, ranking 46th in economic well-being for kids. Almost two million, or one in four California children, lives in poverty.

California spends all it's money for legal aid, food, clothing, shelter, and medical care for people who have illegally entered our country. Why would anyone think we had funds left for the children of LEGAL residents?

its all Trumps fault, its all the fault of everybody but the true actors. there is enough left wing money in san fran, malibu and silicone valley to pay for tons of stuff. they are too busy building walls around their estates and trying to keep the public off the beaches

the legislature led by the psycho in chief moonbeam, is doing its best to destroy the state for their own warped sense of reality