April 26, 2017 (San Diego) -- Sea levels rising much faster than expected could submerge over two-thirds of the state’s beaches by the end of this century, also forcing damage and relocation of major infrastructure. Those are among the disturbing findings of an updated  state-commissioned report, “Rising Seas in California.”  Sea levels could rise 30 to 40 times faster than in the last century, raising the sea level 10 feet after 2050 under the most severe scenario.

The study looked at the most conservative and most extreme estimates.  In the best-case scenario, a rise of four feet would cause loss of 384 feet of beach, or longer than a football field, over the next 70 years. Under the more extreme scenario, a 10-foot rise in ocean levels would cause land loss of 800 feet— the equivalent of an 80-story high-rise. 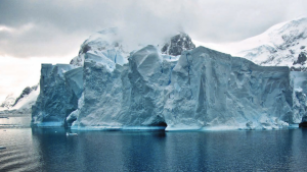 That would have a huge adverse impact on California’s $44 billion, ocean-based economy, Cal Matters reports.

A report by Zillow, the real estate site, recently predicted that more than 42,000 homes worth $49 billion in California could soon be underwater—not with upside-down mortgages, but submerged beneath ocean levels that are rising 30 to 40 times faster than a century ago.

California is already beginning to experience early impacts of rising seas including more extensive coastal flooding during storms and increased erosion.   But it is expected to get much worse due to melting of ice caps in Greenland and Antarctica. The latter disproportionately impacts California and the west coast, where seas would rise 25% more than elsewhere.  Heating up of ocean waters due to release of greenhouse gases into the atmosphere is also contributing to rising sea levels.

The state-led report is consistent with a federal report by the U.S. Geological Survey last month, which found that without a major intervention, up to 67 percent of California’s beaches could be lost to rising seas by the end of this century.

Locally, railways, roads and bridges in san Diego County would need to be abandoned and relocated inland.

As settlement talks continue on what to do with nuclear wastes stored at San Onofre, the report warns ominously, “Power plants, nuclear waste sites and other sensitive waterside sites need to be fortified or lost.”

In Northern California, delta flooding will overwhelm rivers and strain levees that are critical to our state’s water supply, the report further warns.  International airports in San Francisco and Oakland will also face flooding, becoming unusable.

The study emphasizes that scientific understanding of sea-level rise is advancing at a rapid pace—and public policy needs to catch up.

The report concludes, “Consideration of high and even extreme sea levels in decisions with implications past 2050 is needed to safeguard the people and resources of coastal California.”