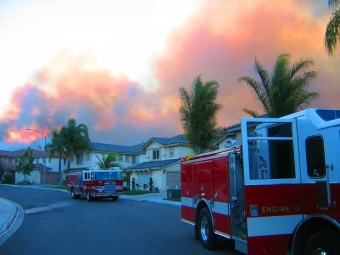 January 25, 2017 (Sacramento) -- In a sweeping victory for consumers, the California Supreme Court, in a 7-0 decision, upheld Insurance Commissioner Dave Jones’ authority to require that insurers’ replacement cost estimates must actually reflect the complete cost of rebuilding a policyholder’s home after a fire.

Further, rejecting the insurance industry's arguments, the Supreme Court ruled the insurance commissioner has broad discretion to adopt rules and regulations as necessary to promote the public welfare.

"We have won an important victory for California consumers over the insurance industry with the Supreme Court's decision today upholding our consumer protection regulation," said Jones. "The Supreme Court rejected the insurance industry's effort to strike down the department's regulation, which protects consumers from misleading insurer estimates of home replacement costs, which left homeowners without adequate coverage or ability to rebuild their homes after fires."

He added, "Climate change, years of drought, and more devastating wildfires have changed the landscape of California and led to a year-round fire season. This regulation offers homeowners peace of mind, should disaster strike."

According to Jones, the regulations were needed because insurance companies were misleading consumers by giving them incomplete home replacement cost estimates, sometimes by removing key components from the actual estimates they calculated, in order to undercut competitors with lower premiums. The practice unfairly left consumers who relied on their insurers' estimates unaware they were underinsured, and many could not rebuild after fires destroyed their homes.

However, the Supreme Court rejected the challenge and affirmed the commissioner has broad authority under the Unfair Insurance Practices Act to adopt regulations prohibiting insurers from unfair practices, such as misleading consumers into believing they have replacement-cost insurance coverage that is not intended to cover all costs of replacement.