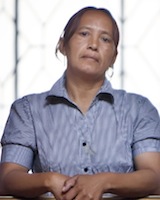 May 29, 2013 (Sacramento)—Today, the California State Assembly passed the Domestic Worker Bill of Rights (AB 241 Ammiano).  If signed into law, the bill would extend basic labor protections—like overtime pay and rest breaks—to the workers who care for California’s homes and families.

“If we can’t pass this bill this year and get it signed, we will owe an explanation to the workers,” said Assemblymember Tom Ammiano, the bill’s author.  “These workers, who are mostly women, keep our households running smoothly, care for our children, and enable people with disabilities to live at home and remain engaged in our communities. Why shouldn’t they have overtime protections like the average barista or gas station attendant?”

The vote comes on the heels of a new report on domestic work in California, which found that one in four domestic workers in the state reported having had no food to eat at some point in the last month because of low incomes. According to the study:

"This study shows what happens when workers are excluded from basic workplace protections,” said Professor Nik Theodore of the University of Illinois at Chicago, a co-author of the report. “Domestic workers do not receive the same workplace protections that most Californians take for granted. As a result, they endure profound economic hardships.”

The study, which is the product of a unique partnership between academics and the National Domestic Worker Alliance, surveyed more than 600 domestic workers across California and brings to light the realities of an often invisible workforce that remains vulnerable to abuse because of the lack of regulation and the systematic exclusion of domestic workers from labor protections.