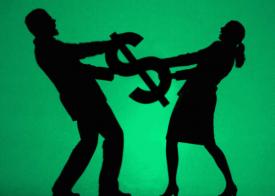 June 21, 2013 (Sacramento) – For the first time in recent years, the California Legislature approved a budget that is not only on time, but a week ahead of deadline.  The budget, pushed through by the new Democratic supermajority of two-thirds in both houses, includes substantial increases in funding for education, healthcare, students, and the courts. The budget awaits the Governor's signature.

The budget projects $97.1 billion in general fund revenues. It includes $96.3 billion in spending for the 2013-14 fiscal year starting July 1 and maintains a $1.1 billion resere, also paying down debt accumulated during the recession.

“For the first time in many years, California students will see increases instead of decreases in schools, colleges and university funding,” State Senator Marty Block (D-San Diego) said.  Restoration of eduation funds was due largely to voters approval of Proposition 30 last November.

Assembly Budget Committee Vice Chair Jeff Forell (R-Camarillo) said it was “appropriate for the Governor to have conservative revenue projections” since the surplus could be short-lived. But he faulted Brown for scaling back enterprise zones, saying the plan would undermine businesses that “relied n this program in good faith.”

The budget provides around $55.3 billion for K-12 education and community colleges, also adding a funding formula that will provide additional funds to districts with high levels of low-income or limited English proficiency students.  Districts will also have additional funds for “common core” standards and more control on how to spend state aid, but will be accountable for tracking success of English learners.

To ease the shortage of doctors, funds are also established for a new medical school at the University of California, Riverside.

The budget expands Medi-Cal to allow adults earning 138 percent of the federal poverty level to quality. It restores the state’s dental benefits for the poor starting in May 2014.  But it leaves in place cuts in reimbursement to doctors treating Medi-Cal patients, a problem budget architect Darrell Steinberg says he hopes to remedy in future years as the economy and state revenues improve.

The court system will see $63 million in funds restored, a move that could ease clogged court calendars.