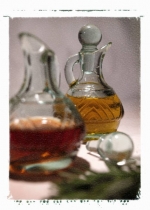 September 9, 2014 (Sacramento)--The state of California is cracking down on slick thieves who have been snatching used cooking oil from restaurants to sell on the black market for use as biofuels.  It’s selling for over a dollar and a half a gallon though it may smell like French fries or fried chicken.

Cumulatively, these losses are costings restaurants millions of dollars a year. UT San Diego reports that some enterprising criminals have used silent vacuum pumps, blow torches and hydraulic rescue talons to pry open or force holes into reinforced steel containers, then suction out the used oil. Some vats can hold tens of thousands of gallons.

These crimes are occurring across California, including here in California. The biofuels made from recycled cooking oils are used to power vehicles in what has become a major industry thanks to tax credits and government mandates for renewable energy.

But a bill that’s passed the Legislature and is now on Governor Jerry Brown’s desk would impose harsher penalties.

Backers of the legislation, Assembly Bill 1566, hope harsher penalties, along with new provisions for roadside inspections and record keeping, will translate into more action by law enforcement and prosecutors. Individual oil thefts often qualify as petty theft but cumulatively cost biofuel companies and restaurants millions of dollars each year.

Under the bill, fines of up to $1,000 can be imposed against first offenders who steal cooking oil.  By the third offense, a fine of $10,000 could be imposed.  Vehicles hauling purloined oils may also be seized.

There will also be improved requirements for roadside inspections of trucks hauling oils and better record keeping, to make it easier for law enforcement to nab these slippery thievcs.