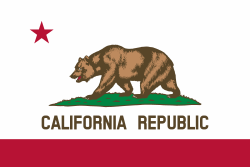 December 5, 2016 (Sacramento) — President-Elect Donald Trump has threatened to deport millions of undocumented immigrants in the U.S. But now California officials are fighting back.

This week, two bills have been introduced in the California Legislature aimed at trying to protect immigrants.

One measure would authorize state government grants to nonprofit organizations to provide legal help for immigrants facing deportation, in an effort dubbed “due process for all.”  The second bill would provide new training and funding for public defenders handling immigration cases.  Both are being drafted with urgency clauses, meaning they will take effect immediately if signed by Governor Jerry Brown, the Los Angeles Times reports.

Some cities are also taking action.  San Francisco Mayor Ed Lee issued a statement after Trump’s election promising to defy any federal orders to deport undocumented immigrants who have not committed violent crimes, even if that means losing federal funding, as Trump has threatened. The mayor said, “We have been and always will be a city of refuge, a city of sanctuary, a city of love.” San Francisco’s city attorney is also considering suing the federal government if it withholds funds, Mother Jones reports.

Both the University of California and the California State University systems have made clear they that will strive to protect undocumented students.

University of California Chancellor Janet Napolitano, who was formerly Homeland Security Secretary in the Obama administration, helped create a program to defer deportation of young immigrants who are in school and have stayed out of trouble.  Now, Chancellor Napolitano has formed a task force to look at potential actions to protect students after Trump’s election.

The UC system has announced it will refuse to assist federal immigration agents or to turn over confidential records without a court order.  UC schools will also not cooperate in any national registry based on religion, race or national origin, such as Trump’s proposal of Muslims which Napolitano says is unconstitutional.   UC will also continue to admit students and provide treatment at UC medical centers without regard to immigration status.

CSU Chancellor Timothy White also reaffirmed the Cal State system’s commitment to a “safe and welcoming” learning environment for all students.  The CSU system will not cooperate with federal, state or local authorities for enforcement of federal immigration law, nor will campus police detain, question or arrest anyone based on documentation of immigration status.

Not everyone supports California's actions.

Republican legislator Tim Donnelly sent an email to his supporters which reads, "California’s Marxist-progressive leadership has vowed to defy federal law and protect the millions of illegal aliens and welfare recipients to whom they owe their political power. How President-elect Donald Trump reacts will signal to the world what kind of leadership we should expect."

She is drafting legislation to protect “dreamers”, the more than 2 million immigrants brought here as children without documentation by their parents. Obama’s executive order gave these young people temporary protection that Trump has vowed to overturn, leaving Dreamers fearful. But Feinstein has said she believes there could be enough Republican support in Congress to block Trump’s effort to deport children raised in the U.S.

Senator Feinstein also plans to challenge some Trump cabinet nominees, which require Senate confirmation.  Democrats could potentially block some nominees with a filibuster or by wooing a handful of Republican votes in the Senate, where Republicans currently have only a slim three-vote majority.

When other States are chock full of people that all think alike and just as you, Mr Bum, why do you martyr yourself and choose to live amongst all of us Nut's here in California?

I guess I just don't understand. I thought it was the duty of state government to enforce law not pay people to break the law? Just don't understand why California Governments needs to help others flaunt Federal law? What's this great love affair with people who have broken into our country and then demand free education and services? California has gone completely NUTS!