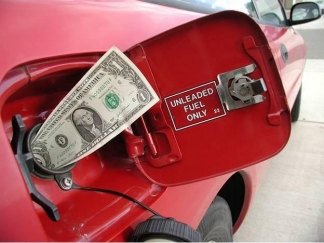 June 23, 2019 (Sacramento) --- Starting July 1st, California’s tax on gasoline will rise to over 60 cents per gallon, up from 55.2 cents currently, as a result of legislation signed by former Governor Jerry Brown.  That will make the state’s gas tax the highest in the U.S., so you may want to fill your tank before the end of June.

As of July last year, the Tax Foundation reported that state gasoline taxes ranged from a low of 14.65 cents in Alaska, an oil and gas producing state, to Pennsylvania at 58.7 cents. California will surpass that with the new rates.

The hike drew strong opposition including a ballot measure, Proposition 6, which sought to repeal the increase but failed to win approval of voters. Opponents contended the hike would be unduly burdensome on consumers, particularly those with low or fixed incomes. Supporters said the increase was needed to repair deteriorating or damaged infrastructure such as state highways and bridges.

The gas tax is expected to generate $54 billion in revenues over the next 10 years.

Where does your money paid for gas taxes actually go?

In 2018, about 59% of the gas tax revenues were used to fund repairs and maintenance to public highways, roads and bridges as well as public transit.  Another 22% funded the California Highway Patrol and Department of Motor Vehicles.

Around 7.5% was used to pay off transportation-related debt.  Another 7.5% went to local law enforcement agencies, the state’s general fund and the departments of Food and Agriculture and Parks and Recreation. About 3% went to administrative costs and a small sliver went to reduce impacts of vehicle emissions, fund bicycle and pedestrian amenities, and research related to transportation, according to the California Department of Finance, the San Jose Mercury News reported.

This time I can't blame our terrible State lawmakers. It is the illiterate and uninformed voters that made this happen. I don't like it but it can be fixed. Stop giving "illegals" drivers licenses and registering them to vote. Get the voters to wake up and kick out those lawmakers that are ruining my State by virtue of Sanctuary status and welfare for all. Out of my pocket!
More taxes that will create a ripple effect. Even though I don't drive a vehicle, this small increase is no doubt going to affect me. Begin with slightly higher grocery prices, then add more. Yet it would appear from the information provided in this article, the tax revenues are being used in an appropriate manner.