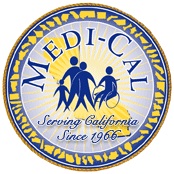 March 10, 2013 (Sacramento) - One million more low-income and uninsured Californians are closer to getting health care.  The state Assembly and Senate have passed key legislation that will expand California's Medi-Cal program and make it easier and faster to use.

Assembly Speaker John Perez says the bills are an important step to ensure those living below the poverty line have access to quality care. "People living at or below 138 percent of the federal poverty line," Perez says. "We're talking about people surviving on $15,400 a year or less."

The Senate approved a similar Medi-Cal expansion bill that will also raise the income eligibility level and extend coverage to those under the age of 65, who don't have children living at home.  The legislation is seen as a crucial step toward the state implementation of the Affordable Care Act. Both bills are now up for amendments.

Some Republican lawmakers question whether California will be stuck paying the entire bill for the expansion.

But Perez says the cost of expanding Medi-Cal will be covered by the federal government. "The cost is 100 percent federally covered for the next three years and then there is a step-down to 90 percent."

Under the Affordable Care Act, most Americans will be required to buy health insurance by January 2014. According to UCLA and UC Berkeley, if the Legislature passes the Medi-Cal expansion bills, an additional one million to 1.6 million Californians will be covered by Medi-Cal by the 2014 deadline.